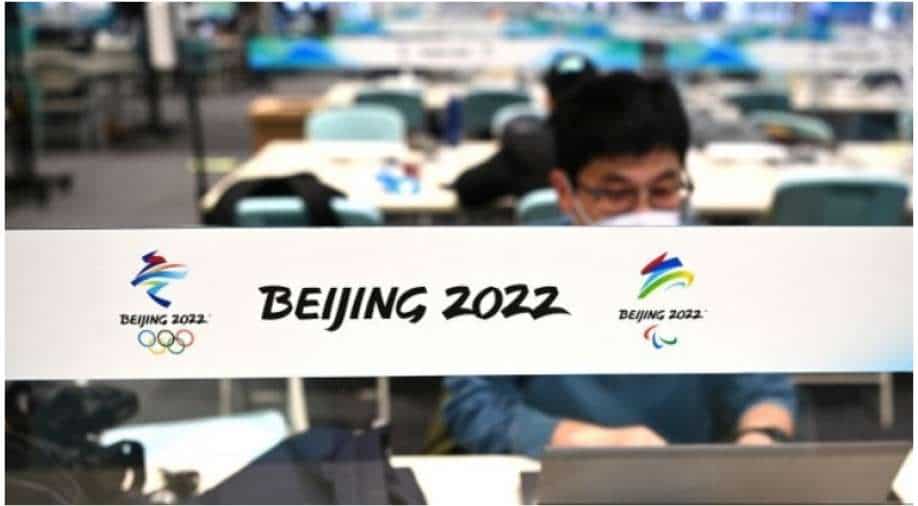 Hundreds of Tibetan activists marched on the International Olympic Committee (IOC) on Thursday, a day before Beijing 2022 opens, accusing the Swiss-based organisation of complicity in "atrocities" committed against ethnic minorities in China.

The United States, Britain and some other allied countries have staged a diplomatic boycott of the Games over those concerns.

"Today here we are gathered, Tibetans from at least eight different countries in Europe, in front of the IOC building to protest against IOC awarding the Winter Olympics 2022 to the Beijing government," Karma Choekyi, head of the Tibetan Community of Switzerland and Liechtenstein, told Reuters.

She said more than 150 Tibetans had self-immolated after the 2008 Beijing Summer Games because of "much repression in Tibet".

"So to award yet again the Winter Olympics 2022 to Beijing means the IOC has not taken (account) of gross human rights violations by the Chinese regime on the people of Tibet, east Turkistan (Xinjiang), southern Mongolia and even the fragile democracy in Hong Kong," she said.

They were presenting to IOC security staff a petition signed by the presidents of 10 Tibetan communities in Europe.

"In Tibet there are no human rights and genocide is destroying the culture. That is why we came to stop the Beijing 2022," Lob Sang, a 36-year-old man born in Tibet who said he has lived as a refugee in the Netherlands since 2013, told Reuters.
The man, who declined to give his family name, said: "I have family in Tibet. I cannot contact them because in Tibet there is no social media."

Rights groups have long criticised the IOC for awarding the Games to China, citing its treatment of Uyghurs and other Muslim minority groups in the western Xinjiang region, which the United States has deemed genocide.

China denies allegations of human rights abuses and says it opposes the "politicisation" of sports.

"Despite well-documented evidence of systematic rights violations by China, the International Olympic Committee chose to place profit over people," the Tibetan exile group said in a statement after some 250 members gathered at the IOC.
Many were draped in Tibetan flags. Some carried a banner ‘No Rights No Games’ and signs saying ‘Save Tibet’ and ‘2022 Genocide Games’.

China seized control of Tibet after its troops entered the region in 1950 in what it calls a "peaceful liberation". Ethnic Tibetans make up more than 80% of the population in the Tibet Autonomous Region, one of the most restricted areas in the country. Critics, led by exiled Tibetan spiritual leader the Dalai Lama, say Beijing`s rule amounts to "cultural genocide".

Since Xi came to power a decade ago, China had intensified its crackdown on Buddhist learning centres and Buddhist religious sites, the statement said, adding: "China has committed and continues to commit cultural genocide in Tibet".

Friday`s start of the Games will turn attention away from criticism over human rights, a spokesman for the organising committee said.

"The so-called China human rights issue is a lie made up by people with ulterior motives," Zhao Weidong, spokesman for the Beijing Games, told Reuters in an interview on Thursday when asked if such criticism had undermined the Games.

"I want to emphasise that the Olympics is a great spectacle for athletes and sports fans across the world. From the current situation, many countries and athletes have expressed their support for the Beijing Winter Olympics," he said.