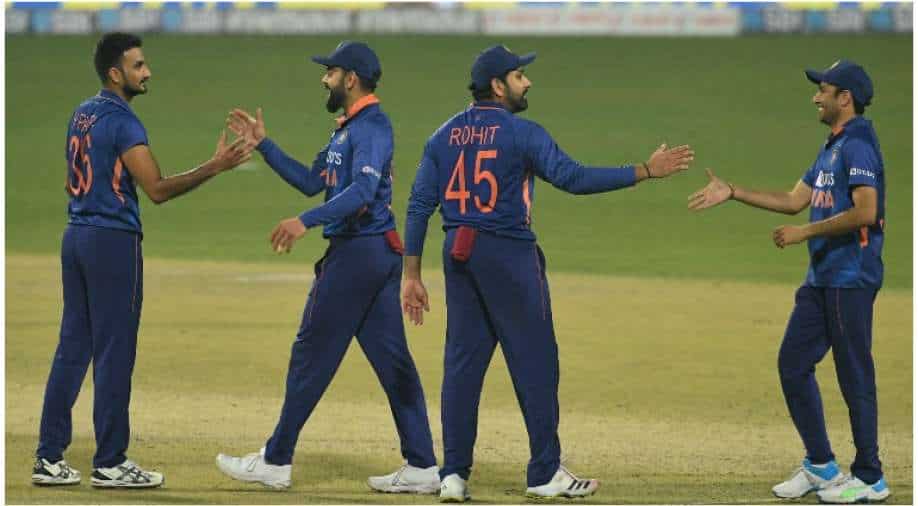 The likes of Virat Kohli and wicketkeeper-batsman Rishabh Pant have been rested for the white-ball assignment versus the Islanders. Here's the full squad:

The likes of Virat Kohli and wicketkeeper-batsman Rishabh Pant have been rested for the white-ball assignment versus the Islanders. Following the second and penultimate T20I versus West Indies, on Friday evening (February 18), reports came in that the duo were given a bio-bubble break and have left for their respective homes before the series finale versus the Men in Maroon. Thus, they will now also miss the SL T20Is.

On the other hand, the likes of Jasprit Bumrah and all-rounder Ravindra Jadeja have returned to the T20I setup. Bumrah was rested for the WI limited-overs series whereas Jadeja was out of action due to injury. He had also missed the entire South Africa tour, due to a knee injury which he sustained during the New Zealand home series in late 2021. Bumrah will also be Rohit Sharma's deputy in the white-ball series as regular white-ball vice-captain KL Rahul is out with a hamstring injury (during the WI ODIs).

The rest of the squad majorly remains the same (compared to the WI series). Shardul Thakur's name is missing (reasons unknown) whereas Sanju Samson has also made a comeback.

The SL series will get underway on February 24 with the series opener to be played in Lucknow. The remainder of the T20Is will be held in Dharamshala before the two Tests follow suit. The red-ball series will be played from March 4-March 16.