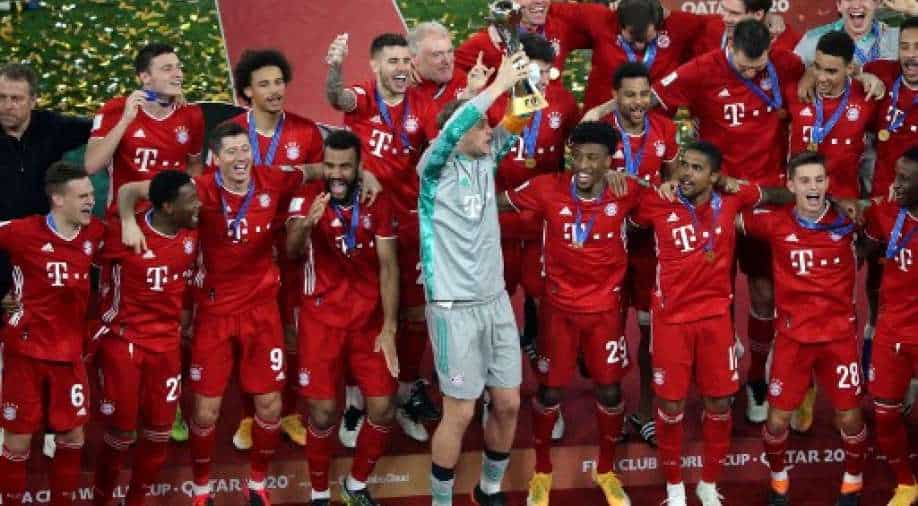 It was also Bayern coach's Hansi Flick's sixth trophy since he took over in November 2019.

Bayern Munich beat Mexico's Tigres UANL 1-0 on Thursday (February 11) thanks to Benjamin Pavard's winner on the hour, to win the Club World Cup title and earn their sixth trophy in less than nine months.

Pavard scored in the 59th minute following a VAR review and in front of around 12,000 spectators allowed into Education City Stadium, after Tigres keeper Nahuel Guzman had stopped a Robert Lewandowski header.

The Germans, who also twice hit the woodwork, won all domestic and European titles they competed for in 2020 and are the first team to match Barcelona's sextuple from 2009.

It was also Bayern coach's Hansi Flick's sixth trophy since he took over in November 2019.

The Bavarians were missing several players, including Thomas Mueller, Leon Goretzka, and Javi Martinez to COVID-19 infections and Jerome Boateng who returned to Germany for personal reasons.

But they quickly pinned back Tigres, the first North American club to reach the final, with their high-pressing game.

Early efforts from Kingsley Coman and Lewandowski did not seriously threaten Guzman, who was beaten in the 18th minute by Joshua Kimmich but his 20-metre missile was disallowed for offside.

With pressure mounting, Leroy Sane hit the crossbar with a powerful shot in the 34th minute. Tigres were struggling to break clear and with their French striker Andre-Pierre Gignac completely marked, it was only a matter of time until the Germans scored.

Sane had another chance after the break and Serge Gnabry curled his 51st-minute shot wide before Pavard found the net in the 59th.

Bayern should have added another with a string of chances late in the game and Corentin Tolisso hit the post with a low shot as well.