All the runs and hundreds you score mean nothing if you don’t win trophy: Rohit Sharma 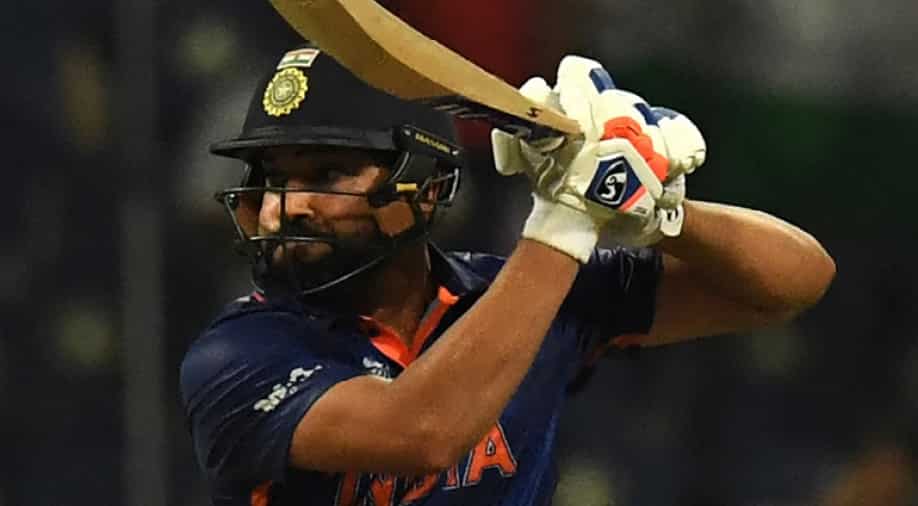 Rohit Sharma said his runs and hundreds mean nothing to him without the trophy. Photograph:( AFP )

Team India vice-captain Rohit Sharma said the runs and hundreds he scores means nothing to him if he can't help the team win the trophy.

Team India star Rohit Sharma is currently one of the senior-most figures in the Indian team's dressing room and has been a consistent performer with the bat across formats. Rohit is the vice-captain of the Indian team in the limited-overs format and is the designated opener in all three formats of the game.

Rohit is currently in action for Team India in the ongoing T20 World Cup 2021 where the Virat Kohli-led side are on the verge of missing out on a spot in the playoffs after two losses in their first three games. India bounced back to winning ways in their last game against Afghanistan as they thrashed them by 66 runs to record their first win in the tournament.

Speaking to ICC's official media handle ahead of India's 4th Super 12 game against Scotland on Friday (November 05), Rohit said he has matured a lot since the last T20 World Cup in 2016 and has always kept the team above himself when it comes to his batting.

“From 2016 to now, all I can see is of course, I have gained a lot of experience. I have matured as a batsman a lot more than what I was in 2016. Understanding of the game, what the team needs, because you always have to put the team ahead of yourself and see what the team needs at that point,” Rohit said in a video shared by the ICC.

Rohit also recalled the 2019 World Cup campaign where he was in top-notch form and slammed a staggering five centuries for Team India. Rohit broke the record for most centuries in a single World Cup campaign with his five tons. However, the Hitman said his runs and centuries mean nothing to him if India can't win the trophy.

“Yeah, the 2019 World Cup was a very special one for me personally. Only because I got runs and it was good. There was a procedure that I was trying to follow and it worked for me," Rohit said.

“That was happiness. You know when you go into any tournament, there is a certain plan which has been placed by you and you want to follow that. That is what I did and it worked for me. If you don't win the trophy, all those runs that you score, all those hundreds that you score mean nothing honestly", he added.

India were the best team in the group stages and had topped the points table before losing against New Zealand in the semi-final to bow out of the tournament. India have not won an ICC trophy since 2013 when MS Dhoni-led side defeated England to win the Champions Trophy in their own backyard.