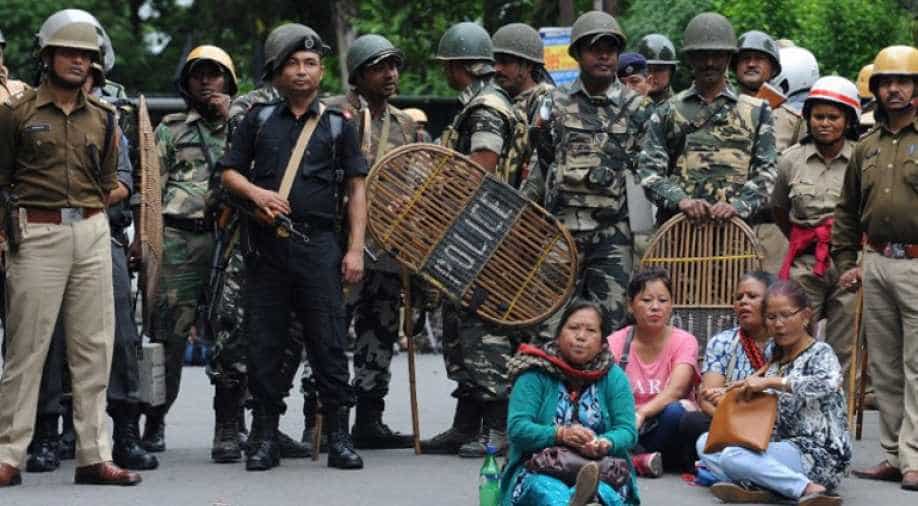 Security personnel stand guard during a protest by supporters of the Gorkha Janmukti Morcha amid a general strike called by the GJM in Darjeeling. Photograph:(AFP)
Follow Us

A truck carrying food supplies was set ablaze by pro-Gorkhaland agitators in Darjeeling today on the 49th day of the indefinite strike called by the Gorkha Janmukti Morcha in support of its demand for a separate state.

According to police sources, the truck carrying food supplies for a local grocery shop was set afire by the agitators near Darjeeling Railway station and around Rs 70,000 in cash was looted.

A private car was also set on fire at Rongpu in Darjeeling earlier today, they said.

According to Darjeeling district administration, the situation in Darjeeling is yet to improve meriting withdrawal of the ban on Internet.

"The situation in the hills is yet to improve. The situation is not at all good. Regarding the decision to revoke the Internet ban, we are yet to take a call," a senior district official said.

The Internet services in Darjeeling hills remained suspended since June 18.

Meanwhile, activists of the GJM and other hill parties organised a sit-in demonstration demanding the restoration of Internet services.

Vigil has been tightened outside all police stations, camps and outposts fearing attack by pro-Gorkhaland agitators.

Activists of various political parties took out rallies dressed in their traditional Nepali attire and shouted slogans in favour of Gorkhaland.

With food supply severely hit due to the shutdown, GJM activists and NGOs were seen distributing vegetables among local people.