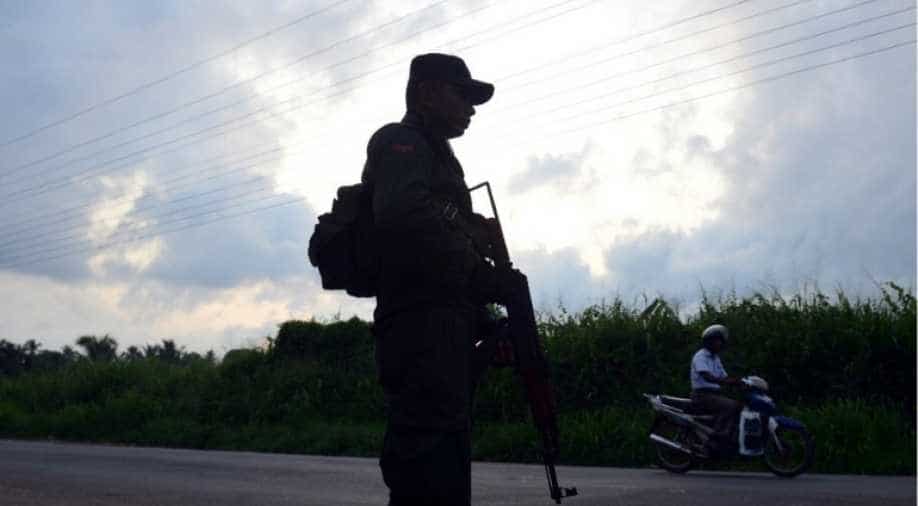 'Sri Lanka expressed its commitment to the 'Whole of government' approach in counter terrorism and violent extremism,' the Sri Lankan Foreign Ministry said in a statement.

Sri Lanka on Wednesday said it will implement the United Nations Security Council's resolution to curb terrorism and violent extremism in the country, weeks after the country saw the worst jihadi attack.

The announcement came days after the visit by the UN Assistant Secretary-General (ASG) and Executive Director of the Counter-Terrorism Executive Directorate (CTED) Michele Coninsx, during which both sides discussed measures needed to be taken by Colombo to stem the flow of foreign terrorist fighters and counter violent extremism, in compliance with the international counter-terrorism obligations.

"Sri Lanka expressed its commitment to the 'Whole of government' approach in counter terrorism and violent extremism," the Sri Lankan Foreign Ministry said in a statement.

The officials apprised the ASG about recent moves by the country, like banning three groups--National Thowheed Jamaath (NTJ), Jamaathe Millathe Ibrahim (JMI) and Wilayah As Seylani (WAS)--as terrorist organisations after the April 21 serial bomb blasts in three churches and as many luxury hotels in which 258 people died and over 500 injured.

According to Sri Lankan police, following the Easter blasts around 2,300 people were arrested, of which a majority - over 1820 - were Muslims.

Coninsx also informed about the further measures that Sri Lanka needs to take in order to be compliant with international counter-terrorism obligations under the UN Security Council resolutions 2178 of 2014 and 2396 of 2017.

The ASG was visiting the country on the invitation of Foreign Minister Tilak Marapana. Sri Lankan President Maithripala Sirisena had requested UN Secretary-General Antonio Guterres for the visit following the devastating terror attacks to counter the new threat posed by terrorism.

At a review meeting held at the conclusion of the visit, Marapana received an assessment from the visiting ASG and discussed future cooperation with the Government, the statement said.

UN Resident Coordinator in Sri Lanka Hanna Singer, officials from the CTED and the UN Country team were associated with the ASG. Sri Lanka's Permanent Mission in

New York which has been coordinating with the CTED, will engage in necessary follow up from the visit, it said.

The CTED was established by the UN Security Council as a special political mission to assist the UN Security Council's Counter-Terrorism Committee (CTC). It is tasked with carrying out the policy decisions of the CTC, conduct expert assessments of member states and facilitate counter-terrorism technical assistance to countries.