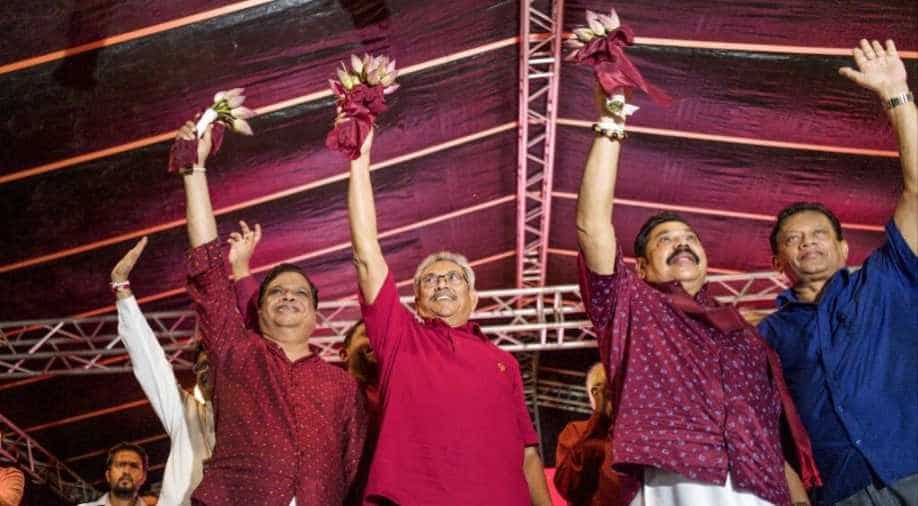 Police stepped up security across Sri Lanka on Wednesday over fears of violence on the final day of campaigning for the fiercely contested presidential election, officials said.

"There are reports of possible violence," a senior police official told AFP. "Additional strength has been deployed in vulnerable areas. Sniffer dogs and explosive detectors will also be used at final rallies."

Premadasa, 52, is the son of assassinated president Ranasinghe Premadasa who was targeted by a suicide bomber during a May Day rally in Colombo in 1993.

While ethnic tensions have eased, this year the country was rocked by coordinated Islamist extremist bombings on Easter Sunday that killed at least 269 people.

During the election campaign, there were no further such attacks but the independent Election Commission said there were nearly 30 incidents of violence involving members of rival parties.

Private poll monitor, the People's Action for Free and Fair Elections (PAFFREL) said it was peaceful compared to the 2015 election when there were more bomb attacks and shootings.

However, PAFFREL chief Rohana Hettiarachchi told AFP there were more incidents of hate speech, disinformation and intimidation on social media as well as radio and television.

"We noticed a trend of using social media to issue threats against political opponents," Hettiarachchi said.

Campaigning should stop at midnight Wednesday (1830 GMT) allowing a two-day cooling-off period before Saturday's ballot, with results expected on Sunday.

Some 16 million people over the age of 18 years are eligible to choose a winner from among a record 35 candidates who include two Buddhist monks and just one woman.

The European Union on Wednesday despatched 30 additional election observers around the country, joining 50 who have been in Sri Lanka for a month following the campaign.

A possible Gotabhaya Rajapaksa victory has raised concerns abroad about human rights and a renewed pivot of the strategically located nation towards China.

Mahinda and Gotabhaya Rajapaksa are beloved among the majority Sinhalese community for crushing the Tamil Tigers to end Sri Lanka's 37-year civil war in 2009.

The final months of the conflict -- when Gotabhaya effectively ran the security forces -- however allegedly saw some 40,000 Tamil civilians killed.

He is also accused of -- and denies -- running a "death squad" that allegedly abducted and murdered not only Tamils but also political opponents and journalists after the war ended.

According to Reporters Without Borders (RSF), in the "dark decade" of Mahinda's rule, at least 14 journalists "were murdered in connection with their work".

His government also presided over a ballooning of Sri Lanka's debts as it borrowed heavily from China for a string of infrastructure projects, many of which are mired in graft allegations.

In what for critics is the biggest example of the pitfalls of China's Belt and Road Initiative (BRI), in 2017 Sri Lanka gave Beijing a 99-year lease on a port after being unable to service Chinese loans to build it.

The Rajapakas "spent and spent without giving any consideration to how it has to be paid back."

Basil Rajapaksa, another brother, said on Wednesday that if Gotabhaya wins Sri Lanka "will work with everybody" on securing investment.

Regarding human rights concerns, Western capitals "should give a fair chance to us," he told reporters. "They can't be monitors of this country, they must be partners."