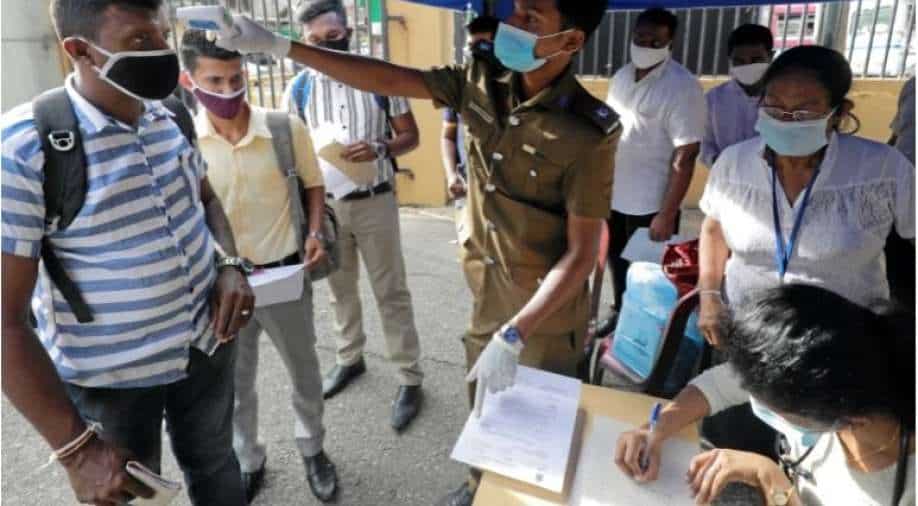 The virus death toll rose to 15 on Saturday after a 56-year-old heart patient died in the North-Western Province due to coronavirus complication.

Authorities in Sri Lanka increased the coronavirus-related curfew zones to 56 police divisions on Sunday, to check the virus spread through the community-level transmission.

The virus death toll rose to 15 on Saturday after a 56-year-old heart patient died in the North-Western Province due to coronavirus complication.

"There are 56 police divisions which have been placed under police curfew and violators would be strictly dealt with," Police Spokesman Ajith Rohana said on Sunday.

Rohana added that people's movement in these areas will be monitored.

Colombo city has reported 548 cases in the last four days.

Sri Lanka reported 743 cases on Saturday, along with its 15th COVID-19 death.

The country has reported 4,050 cases since October 4 from just two clusters -- a garment export factory in Minuwangoda, Western Province and a wholesale fish market in Peliyagoda, a suburban area of Colombo.

Dr Wijemuni said the fish market cluster was more dangerous with too many secondary and tertiary contacts.

Of the total 7,521 COVID-19 cases reported till now, 3,714 have been discharged from hospitals after complete recovery.

Health authorities said the investigation is currently underway to establish whether the export factory or the fish market is the originating point of the second wave since October 4.

Authorities have ruled out a blanket lockdown due to the strain on the economy.

Meanwhile, Health minister Pavithra Wanniarachchi has said that the World Health Organisation has asked the government to be prepared for the distribution of vaccine depending on successful clinical trials.