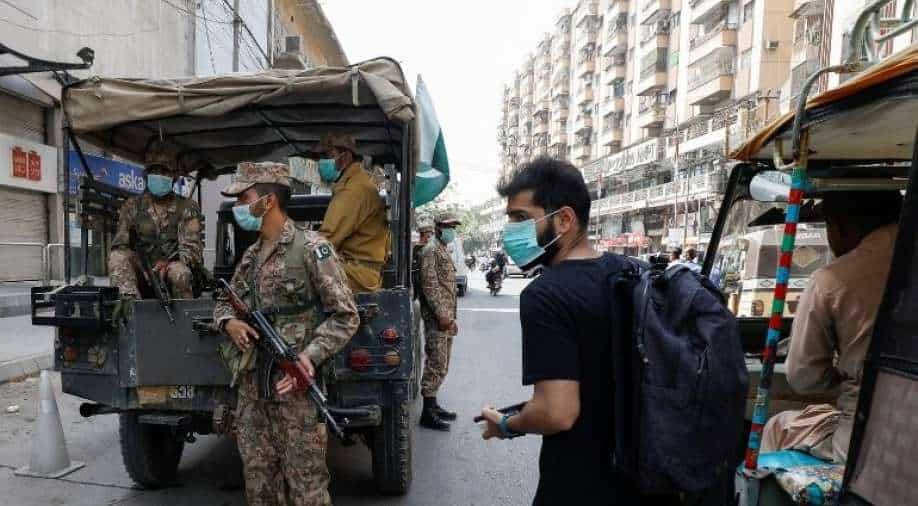 The arrested people include former soldiers, students and people who have been critical of the Pakistani government and the military. Photograph:( Reuters )

Pakistan has launched a massive crackdown on Baloch people after a series of daring attacks on its border forces that killed scores of troops. Media reports say that over a dozen people have been abducted by forces in just three days from across the province.

In one of the latest abductions, Pakistani security forces reportedly took away four youngsters from Panjgur and Quetta and moved them to unknown locations. The Balochistan Post says that their whereabouts are not known.

In another incident, the newspaper says that the Pakistani forces raided the house of Haji Nisar Sarparra and took away his son Haroon Waleed Sarparra.

"It is pertinent to mention that the Pakistani forces have reportedly apprehended more than ten individuals from the Sarparra family during several raids in Mastung, Nushki and Quetta. All of them remain missing to this day", reported the newspaper.

The arrested people include former soldiers, students and people who have been critical of the Pakistani government and the military. Among the people arrested includes Nazeer Rehmat, the brother of the General Secretary of Baloch Students Organization, Mama Azeem Baloch.

Geopolitical analyst and Pakistan watcher Mark Kinra told India Narrative: "Pakistan Army's reaction of abducting Baloch nations was expected as a consequence of the massive attacks on the Panjgur and Noshki FC camps.

"On the other hand, the Baloch also would have anticipated and prepared themselves for these reactions considering decades of enforced disappearances. Such reactions will only seek to bolster Baloch freedom struggle".

In Khuzdar too, the forces detained Hafeez Baloch, a final-year MPhil student in the Physics Department of the Quaid-e-Azam University in Islamabad.

Kinra adds: "These arrests will not deter Baloch nationalist organisations from carrying out attacks in various parts of Balochistan including on check posts of the Pakistani Army. Pakistan PM Imran is raising salaries of Frontier Corps and Rangers by 15 per cent, as they guard most of the border areas and are the first targets of Baloch fighters.

This increase in salaries shows that Pakistan is trying to keep up the morale of its soldiers who are otherwise being used as fodder by the establishment, considering that Pakistan is not looking for a solution to its Baloch problem".

The military has launched a massive crackdown in the aftermath of the deadly siege on the Frontier Corps (FC) headquarters in Panjgur and Noshki that reportedly killed about 190 odd troops.

"There is a feeling in the military establishment that such a devastating attack on the forces could not have happened without inside knowledge. The Pakistani military feels that vital insight was leaked to the Baloch armed groups which helped them take on well-equipped and highly trained Pakistani personnel for three days in their own camp", says an expert.

Besides the abductions, the Pakistani forces are alleged to have randomly killed people during the tense situation that enveloped Panjgur last week. In Panjgur, the forces allegedly killed a young student identified as Ehtisham Sarwar.

They allegedly also abducted and killed two individuals for breaking the curfew during the attack on the FC camp in Panjgur.

With the internet down and a complete blackout on media, information about the tense situation in Balochistan is trickling through Baloch media organisations and social media.