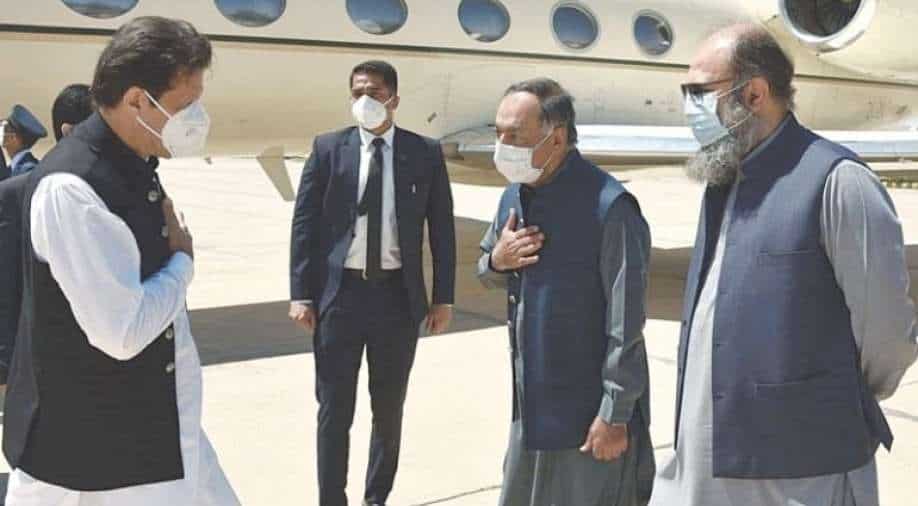 The military has launched a massive crackdown in the aftermath of the deadly siege on the Frontier Corps (FC) headquarters in Panjgur and Noshki that reportedly killed about 190 odd troops. Photograph:( Twitter )

During their visit, they will be briefed about the security situation in the area as well as operational preparedness of the formation to counter-terrorist activities.

It comes after twenty militants and nine soldiers were killed recently during insurgent attacks on two military bases in Pakistan's southwestern Balochistan province and the military's response.

During the meeting, Chinese President Xi Jinping stressed that "the Chinese side firmly supports Pakistan in safeguarding its national independence, sovereignty, and dignity, as well as in combating terrorism", according to state media.

Chinese investments in Balochistan are part of Beijing's Belt and Road Initiative.

The China-Pakistan Economic Corridor (CPEC) project linking China's far-western Xinjiang region with the strategic port of Gwadar in Balochistan has sparked claims that the vast influx of investment does not benefit locals.

Chinese companies invested more than $20 billion in non-financial direct investment on projects in BRI countries in 2021, according to China's commerce ministry.

While the economic corridor offers a lucrative gateway for China to the Indian Ocean, the security of its workers has long been a concern. Islamabad and Beijing have forged strong ties in recent years.