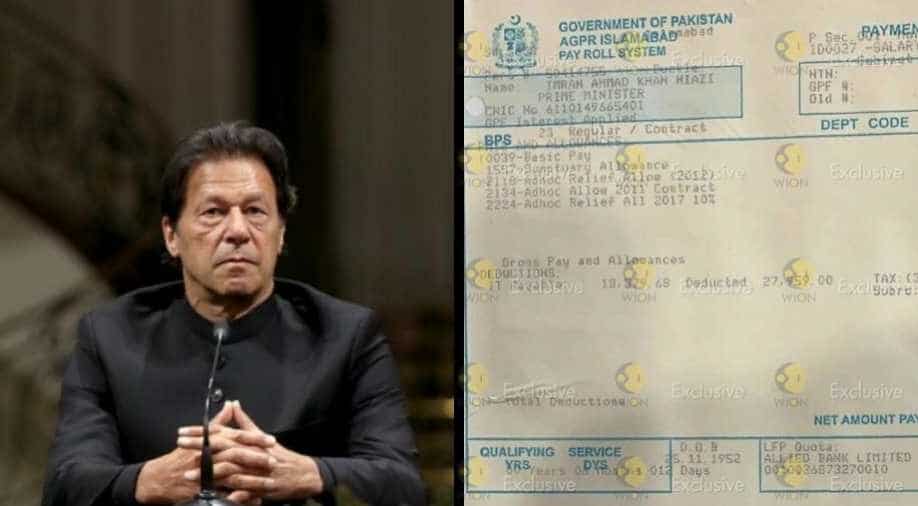 The latest development comes as Pakistan PM had harped on the fact that the salary he earns is not enough to make ends meet.

Pakistan's federal cabinet will hold a meeting on Tuesday to discuss a hike in salary for the country's Prime Minister and the President.

The latest development comes as Pakistan PM had harped on the fact that the salary he earns is not enough to make ends meet. 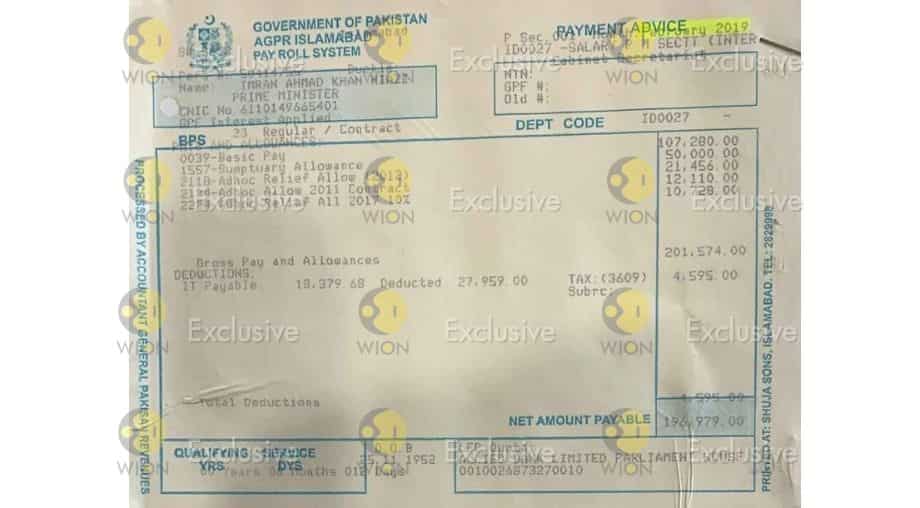 During a meeting with traders, Imran had cited his expenses as an individual and as a public servant to make a point to traders while accusing opposition leaders of minting money by cheating on taxes.

WION had accessed the Khan's payslip from February 2019, which shows Imran gets over 2 lakh as gross salary every month which includes allowances and after deductions it comes to Rs 1,96, 979.

That is close to 90 thousand Indian rupees. The median salary for a considerable population both in Pakistan and India.

Apart from this Khan also enjoys the many perks a country's PM is entitled to.

The Pakistan prime minister has been under fire as a nationwide shortage of wheat has led to a surge in prices of bread and roti.

Pakistan's economy has seen the rupee plummeting as the country battles rampant price rise of various commodities including pulses and flour. Several provinces in the country have reported a shortage of flour.

Since Imran Khan came to power in August 2018, the Pakistani rupee has lost 35 per cent of its value.

In December last year, inflation reached as high as 12.6 per cent, while, Pakistan's foreign debt has reached 106 point 9 billion dollars.

The country is in constant need of bailouts and loans from friendly nations.

In September last year, the International Monetary Fund approved a bailout of $6 billion to help Pakistan restore an inclusive and sustainable growth of its plunging economy.

Earlier this month, the UAE allocated $200 million to support small and medium economic projects in Pakistan.