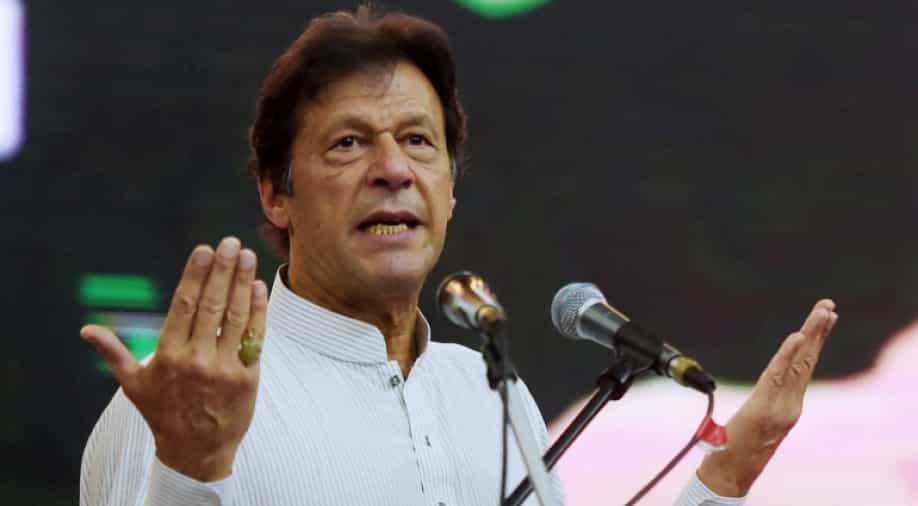 Gen Iftikar also lashed out at Imran Khan for raising doubts over the Shahbaz Sharif’s government’s capability to safeguard the country’s nuclear assets during a road show in Peshawar on Wednesday. Photograph:( AFP )

The military officer also informed that Pakistan Army chief Qamar Javed Bajwa won’t be seeking an extension of his tenure. He will be retiring on November 29 this year

Pakistan Army on Thursday denied any “conspiracy” to topple the erstwhile Imran Khan government and added that such a word was not used during a meeting of the National Security Committee (NSC) last month.

Speaking to reporters in Islamabad, Inter-Services Public Relations (ISPR)—the media wing of the army— Director General (DG) Major General Babar Iftikhar rebutted former prime minister Imran Khan’s claim that his ouster was part of a wider conspiracy by US, and that it was conveyed during the NSC meet.

Iftikhar said that the Pakistan Army has always been an apolitical institution, adding that it has “nothing to do with politics”.

“As far as military response about the NSC meeting is considered, that stance, in that meeting was fully given, and then a statement was issued ... which clearly says what was concluded in that meeting,” he said.

The army officer said that he was in no position to divulge the minutes of the NSC meeting, saying that it can be declassified if the government decides.

He also said that the former Prime Minister had approached the army chief to help find a solution to the political crisis.

“It is unfortunate that our political leadership was not ready to talk. So, the army chief and DG ISI went to the PMO and three scenarios were discussed,” he said.

“No option from the establishment was given,” Gen Iftikhar said.

Imran Khan had claimed that the “establishment” had given him three options: “resignation, no-confidence (vote) or elections” after the opposition filed a no-trust motion against him in Parliament.

Gen Iftikar also lashed out at Imran Khan for raising doubts over the country's capability to safeguard its nuclear assets during a roadshow in Peshawar on Wednesday.

“Nuclear assets are not associated with anyone political government. All political parties who have come have worked with full honesty to get our nuclear program to where it is today,” he said.

“Our Nuclear program is as per international systems is one of the best. Our nuclear program does not have any threats neither should this be brought under political discussion,” he added.

The military officer also informed that Pakistan Army chief Qamar Javed Bajwa won’t be seeking an extension of his tenure.

“Chief of army staff is neither seeking an extension nor will he accept an extension. No matter what, he will be retiring on the 29th of November 2022,” he said.

It is generally accepted and tacitly understood that Pakistan Army wields considerable influence in the country’s politics.

No prime ministers have ever survived without the support of the army.

The same holds true for Imran Khan, as the opposition used to call him a “puppet prime minister” claiming that he won the elections due to the army’s influence.

According to reports, Khan had a fallout with the army after he refused to endorse the appointment of the ISI spy agency chief last year.

Though Khan agreed finally, it soured his ties with the powerful army.

Khan wanted to keep Lt Gen Faiz Hameed as the spy chief but the army high command transferred him by appointing Corps Commander in Peshawar.