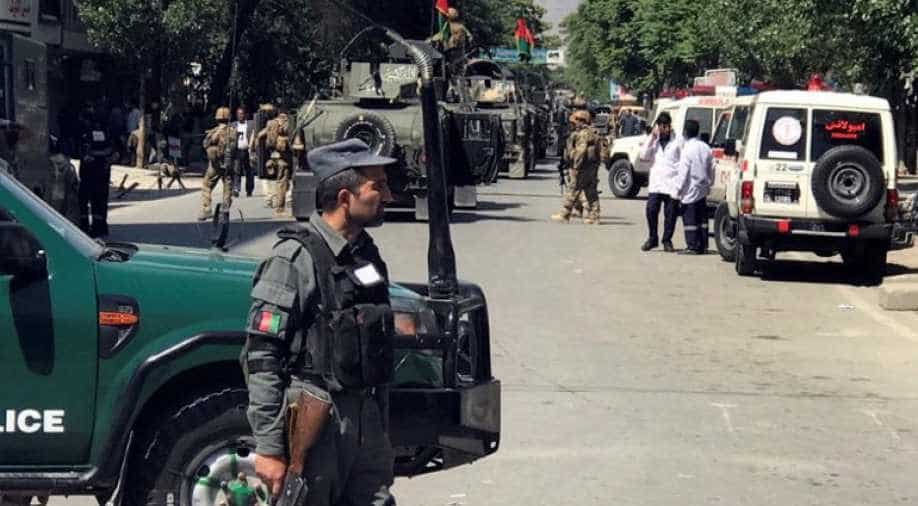 Afghan policemen keep watch near an explosion site in Kabul, Afghanistan on May 9, 2018. Photograph:(Reuters)
Follow Us

About 15 people were killed and over 42 others injured in the Jalalabad attack in Afghanistan on Sunday.

A group of six attackers armed with machine guns and rocket-propelled grenades had stormed into the government building on Sunday.

Afghanistan has been witnessing a series of terrorist attacks this year killing hundreds of civilians. The attacks have put a pressure on the Western-backed government led by President Ashraf Ghani.

The United States had increased its support to the Afghan forces last year in its attempt to force the Taliban to enter peace negotiations.

A spokesperson for the provincial government later confirmed that all the security forces had killed all the attackers&nbspthat had attacked the government building on Sunday.

The Islamic State took responsibility for the attack.