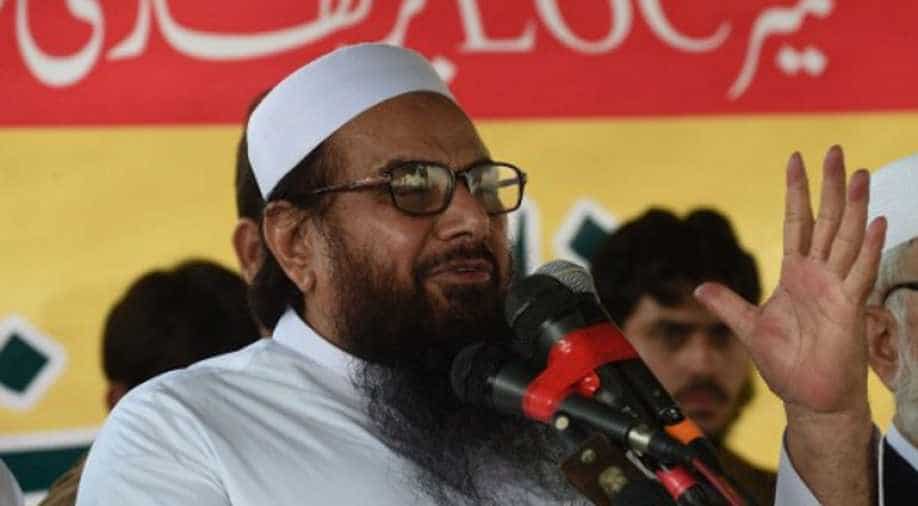 Hafiz Saeed is the co-founder of Lashkar-e-Taiba ? a banned outfit that allegedly carried out the 2008 Mumbai attacks ? and has been a vocal critic of India's role in Kashmir. Photograph:( AFP )

"The Pakistani government's response to India over atrocities in Kashmir is cool and by doing so it is not pleading the case of oppressed Kashmiris," Saeed said during a Friday sermon at JuD headquarters Masjid-e-Qadsia, PTI reported.

Jamaat-ud-Dawa is believed to be a front group of Lashkar-e-Taiba (LeT), an outfit that has been blamed by India for carrying out the 2001 Parliament attack and 2008 Mumbai attacks.

Saeed's goading comes a few days after he urged Pakistan's political establishment to unite and stave off pressure being put on them by several countries, especially India.

He had blamed India for diverting the attention from Kashmir after four armed men launched an assault on an Indian military installation in Uri, which left 19 soldiers dead, in September.

India-administered Kashmir has been a crucible of deadly protests following the death of Hizbul Mujahideen commander Burhan Wani on July 8.

Over 80 Kashmiris have died during clashes between Indian security personnel and residents protesting Wani's death.