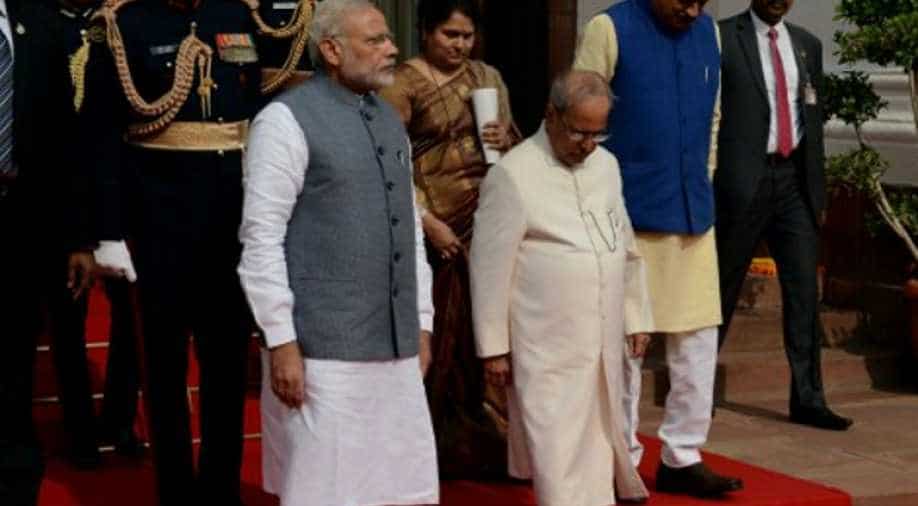 All the amendments proposed to the President's address were defeated. Photograph:( AFP )

The Lower House of India's Parliament, Lok Sabha, today, passed by a voice vote the Motion of Thanks to President's address amid protests by the Opposition led by the Congress party.

"That the members of the Lok Sabha assembled in this session are deeply grateful to the President for the address which he has been pleased to deliver to both houses of Parliament assembled together on January 31, 2017," the motion said.

In his reply to the discussion on Motion of Thanks on President's address, Prime Minister Narendra Modi launched an attack on the Congress for promoting dynastic politics. He asked the Congress why was the Benami law that was passed in 1988 during Rajiv Gandhi's tenure not notified for 26 years.

He also defended the government's decision to demonetise higher denomination currency and hailed the surgical strikes conducted by the Indian army.

The Congress and Communist Party of India-Marxist members staged a walkout in Parliament.

All the amendments proposed to the President's address were defeated.