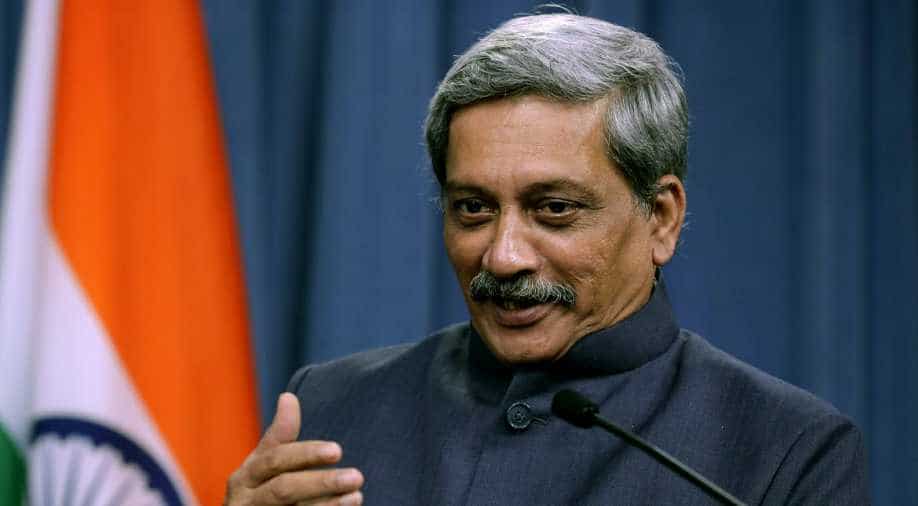 But Parrikar later clarified that "this is my thinking" and that the nuclear doctrine "has not changed" under any government.

Parrikar was speaking at the launch of Brigadier (retd) Gurmeet Kanwal's book, The New Arthashastra, in New Delhi, when he said: “Why a lot of people say that India has No First-Use policy. Why should I bind myself to a… I should say I am a responsible nuclear power and I will not use it irresponsibly. This is my thinking. Some of them may immediately tomorrow flash that Parrikar says that nuclear doctrine has changed. It has not changed in any government policy but my concept, I am also an individual. And as an individual, I get a feeling sometime why do I say that I am not going to use it first. I am not saying that you have to use it first just because you don’t decide that you don’t use it first. The hoax can be called off.”

A spokesperson for the defence ministry, however, later clarified that the minister was voicing a personal opinion and not that of the government.

India's ruling Bharatiya Janta Party had promised, in its manifesto for the 2014 elections, to "study in detail India’s nuclear doctrine, and revise and update it, to make it relevant to challenges of current times".

The Indian Express reported: "India’s NFU policy is part of its nuclear doctrine. Under the doctrine, India has a policy of credible minimum deterrence based on a ‘No First Use’ posture and non-use of nuclear weapons against non-nuclear weapon states. This means that India won’t be the first to use nuclear weapons in a conflict. In contrast, Pakistan does not have an NFU policy for its nuclear arsenal."

It added: "India has always held its commitment to NFU policy as proof of it being a responsible nuclear power. In April, when US President Barack Obama suggested that India and Pakistan reduce their nuclear arsenal, the spokesperson for the Ministry of External Affairs said: 'There seems to be a lack of understanding of India’s defence posture. Conventionally, India has never initiated military action against any neighbour. We also have a no-first use nuclear weapons policy.'"

Those critical of India's no first-use policy argue that the increasing stockpile of Pakistani nuclear weapons and China's expansionist designs in the region warrant a change in the doctrine, the Indian Express said.

It added that George Fernandes, a former defence minister of the country, had in 2003 ruled out the possibility of any change in India's nuclear doctrine. And that in 2011, BJP leader Jaswant Singh had asked that the NFU policy be repealed, but the UPA government which preceded the current dispensation decided against doing so.

The Indian Express reported that In response to Parrikar's remarks, the Congress party's communication in-charge Randeep Surjewala said: "“Defence minister Parrikar has no business or authority to speak in personal capacity at a public function. He reflects the thrust and intent of India’s national security policy. If India’s policy on NFU has to be changed, it must be decided after deliberation with the government and stated publicly. Casual, immature and off-the-cuff remarks by India’s Defence Minister, for which he has become famous, are not in India’s interest.”

And that CPM general secretary Sitaram Yechury said: “This is a most irresponsible comment coming from the Defence Minister. It runs against India’s ethos of seeking a nuclear-free world. When a minister speaks, it has to be the considered opinion of the government. This statement would be taken indignantly by the rest of the world and hurt India’s interests globally