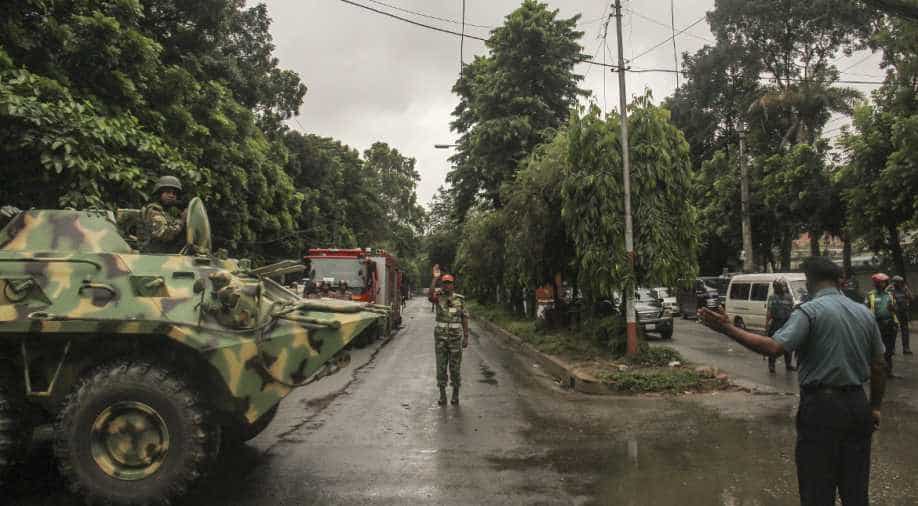 Follow Us
Bangladeshi police are trying to confirm the names of Islamist militants who attacked a Dhaka restaurant, killing 20 people, checking whether the identification of some by friends on social media is correct, officials said on Monday.

Islamic State (IS) posted pictures of five fighters it said were involved in Friday's killings in Dhaka's diplomatic zone. Most of the victims, according to reports, were from Italy, Japan, India and the United States.

"Let the people of the crusader countries know that there is no safety for them as long as their aircraft are killing Muslims," it said in a statement.

Posts on Facebook identified three of the five, whose grinning images appeared in front of a black flag, as Nibras Islam, Rohan Imtiaz and Meer Saameh Mubasheer.

Police have said all six gunmen killed were locals and five were on a government militant watchlist. But they also said they were holding off before confirming their identities.

Whoever was responsible, Friday's attack marked a major escalation in scale and brutality by militants demanding Islamic rule in Bangladesh, whose 160 million people are mostly Muslim.

Some of the men went to an elite public school in Dhaka, Scholastic, and then college at North South University in the capital and Monash University in Malaysia, according to the posts. Masudur Rahman, deputy police commissioner of Dhaka police, said officers were probing those links.

Police arrested a seventh man at the restaurant who they suspect played a role in the attack. He is currently in hospital.

Home minister Asaduzzaman Khan believes home-grown militants are responsible for a wave of killings against minority groups in the past year and a half were to blame for Friday's bloodshed.

The plan is to look for family members of the gunmen, conduct DNA tests and investigate their links to international groups, Rahman said.

Bangladesh's $26 billion garment industry is braced for the fallout from the killings, fearing major retailers from Uniqlo to Marks and Spencer and Gap Inc could rethink their investment.

Japan's Fast Retailing Co, owner of the Uniqlo casual-wear brand, will suspend all but critical travel to Bangladesh and has told staff there to stay home.

"The secretary (Kerry) encouraged the government of Bangladesh to conduct its investigation in accordance with the highest international standards and offered immediate assistance from US law enforcement, including the FBI," US state department spokesman John Kirby said in a statement.