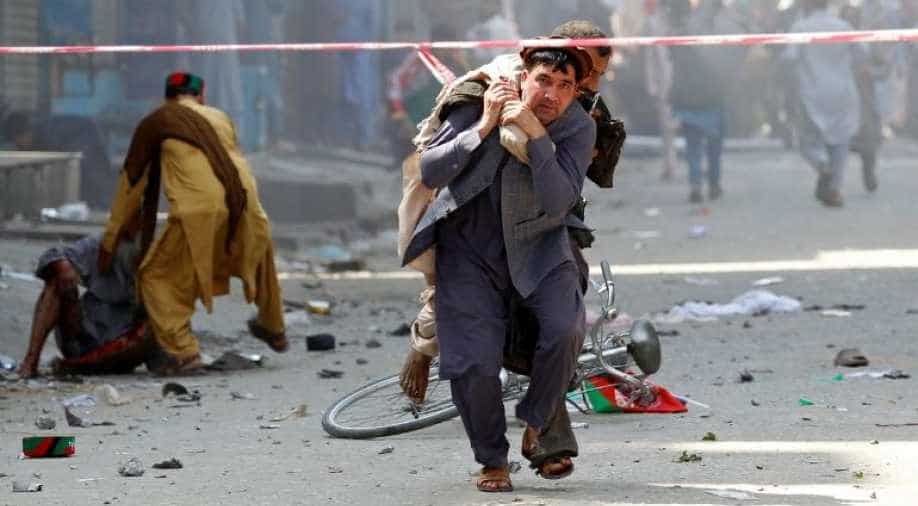 A man caries a wounded person to the hospital after a blast in Jalalabad, Afghanistan. Photograph:( Reuters )

The death toll in multiple bomb blasts in Afghanistan's Jalalabad has risen to 123, officials said on Tuesday.

So far no group has claimed the responsibility for the 14 bombs which struck the city.

President Ashraf Ghani on Monday vowed to eliminate Islamic State from the country and said that he "will take revenge" for his people.

Ghani made the statement while addressing the nation on its 100th Independence Day.

The latest incident comes a day after 63 people were killed and nearly 200 were wounded in a suicide attack on a wedding in Kabul city.

Jalalabad is the scene of frequent bomb attacks, and the surrounding terrain is home to both Taliban fighters and the Islamic State group's local affiliate.