Another Hindu girl abducted, forcefully converted to Islam in Pakistan 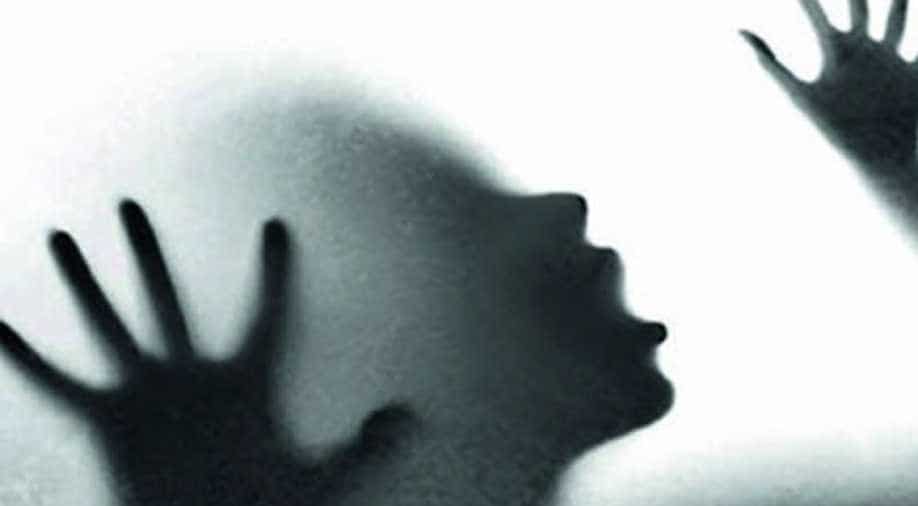 Thousands of women belonging to religious minorities are forcibly converted to Islam, according to media reports in Pakistan. Photograph:( Zee News Network )

The undergraduate student, identified as Renuka Kumari, was abducted from her college where she was pursuing a Bachelor`s degree in Business Administration

In yet another tragic incident of forced conversion, a Hindu girl was allegedly abducted from the Institute of Business Administration (IBA) in Sukkur in the Sindh province of Pakistan on Saturday and was forcefully converted to Islam.

The undergraduate student, identified as Renuka Kumari, was abducted from her college where she was pursuing a Bachelor`s degree in Business Administration.

All Pakistan Hindu Panchayat, a non-profit organisation, in a Facebook post claimed that the girl left for her college on August 29 and after that she went missing.

Meanwhile, the brother of the girl, Vinesh told ANI that his sister was involved in a romantic relationship with a fellow classmate Babar Aman and the two are now in Sialkot.

However, sources confirmed ANI that the couple is staying at Pakistan Tehreek-e-Insaf (PTI) worker Mirza Dilawar Baig residence in Sialkot.

Sources added that Renuka was forcefully converted the same way other girls belonging to the minority community were forced to change their religion.

Meanwhile, the police arrested the Aman`s brother last night and is still in custody, sources added.

This incident follows the case of 19-years old Jagjit Kaur, who was similarly abducted and converted to Islam before being married to a Muslim man in the country`s Punjab province.

The incident came to light on Thursday after a Shiromani Akali Dal (SAD) MLA, Manjinder Singh Sirsa shared a video of the girl`s family alleging that the girl was abducted and forcefully converted.

The incident had drawn the attention of Sikhs worldwide and sparked anger in the community. The girl`s father, identified as Bhagwan Singh, is a `granthi` (priest) at Gurudwara Tambu Sahib in Nankana Sahib.

In a viral video, the family of the girl had complained to Pakistan Prime Minister Imran Khan claiming that their daughter was kidnapped by six persons at gunpoint on the night between August 27 and August 28.

Even though an FIR had been filed, nothing was done to bring back the abducted girl, the family alleged.

The kidnapped girl later emerged in a video in which she claimed she had `converted` to Islam.

The family of the girl begged Imran Khan for justice, stating that they`d self-immolate if their daughter did not return.

The matter had raised a furore in India, with several political leaders across parties seeking action against the perpetrators.

In Pakistan, many such incidents are regularly reported where Hindu, Sikh and Christian girls are forcibly converted to Islam and married to Muslim men.

The incidents have come at a time when Pakistan has been ranting up its diabolic rhetoric of the so-called mistreatment of minorities in India, particularly Muslims, ever since the Indian Parliament decided to revoke the especially accorded constitutional status of Jammu and Kashmir.

However, the fact remains that Pakistan remains a thoroughly unsafe country for its minorities.

In addition, Islamabad aims to internationalise the Jammu and Kashmir issue, the strictly internal matter of New Delhi, on the global platform has been meeting failures, especially after United States President Donald Trump, with Prime Minister Modi on his side during the sidelines of the French G7 summit last week, backed off on his proposal to mediate on Kashmir.

The much-hyped `Kashmir Solidarity Hour` failed to garner much attention among the Pakistanis. Pakistani authorities made desperate attempts to direct school children to join the protests in support of the people of Kashmir, but that too failed to gather any steam.

Ever since Jammu and Kashmir was stripped of its special status, Islamabad has downgraded bilateral relations with New Delhi by suspending trade, partially closing its airspace, banning of screening Indian cinemas and halting Samjhauta and Thar Express train services.

Instead of addressing pressing issues like struggling economy, rising inflation and poverty, Pakistanis have been concentrating more on Kashmir, vowing to stand in "solidarity" with the Kashmiris till the region attains "freedom".

Apart from spewing venom against India, Pakistan has not learnt its lessons and continues its nefarious and diabolic propaganda by openly supporting `jihad` against the neighbouring country, despite facing massive international pressure over tackling terrorism.

Despite being snubbed by the international community, Pakistan is now looking forward to raising the Kashmir issue during the United Nations General Assembly meeting in New York next month.