Afghanistan's neighbours fear refugee crisis if US pulls out 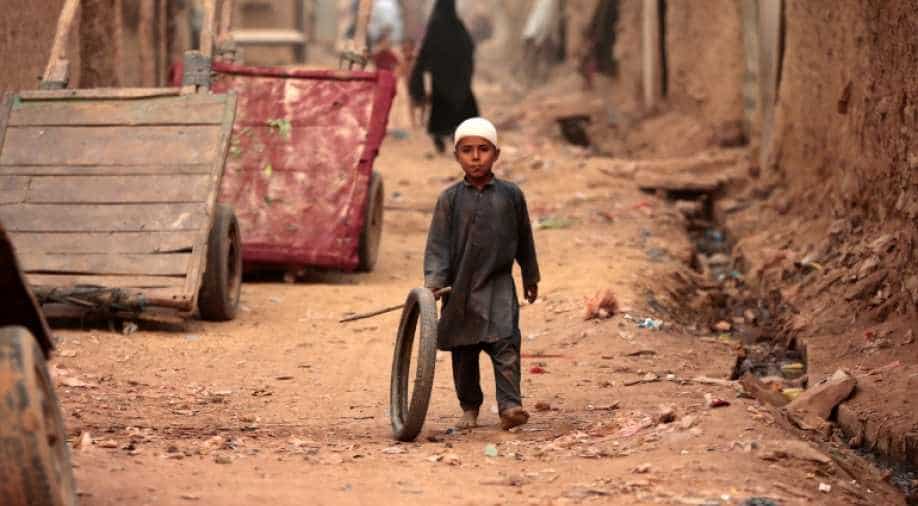 A boy plays with a tyre on an a street in an Afghan refugee camp in Islamabad, Pakistan. Photograph:( Reuters )

A White House spokesman last week said US President Donald Trump had not issued orders to the Pentagon to withdraw troops from Afghanistan.

Afghanistan's neighbours, caught off-guard by reports of US plans to withdraw thousands of troops, have begun preparing for the risk that a pullout could send hundreds of thousands of refugees fleeing across their borders, diplomats say.

Alarmed by the possibility of a chaotic withdrawal, diplomats from neighbouring countries who have been in talks with US officials in Kabul said they were reassessing policies and would ramp up border preparations.

"At this point, there is no clarity about the withdrawal, but we have to keep a clear action plan ready," said a senior Asian diplomat based in Kabul. "The situation can turn from bad to worse very quickly."

A White House spokesman last week said US President Donald Trump had not issued orders to the Pentagon to withdraw troops from Afghanistan.

But the administration has not denied reports that the United States plans to pull out almost half of the 14,000-strong force currently deployed.

The reports come amid an intensification of moves towards peace negotiations in Afghanistan. US special envoy Zalmay Khalilzad met Taliban representatives last month and discussed issues around a future troop withdrawal as well as proposals for a ceasefire.

But even among regional powers such as Iran, Pakistan or Russia that have long been suspicious that the United States wants permanent military bases in South Asia, there is no appetite for a sudden US withdrawal, say analysts.

"While the news of a potential US drawdown may be a reason for cautious optimism in the region, they don't want an abrupt withdrawal," said Graeme Smith, a consultant for the International Crisis Group.

"All sides recognise that a precipitous pullout could spark a new civil war that destabilises the region. The neighbours do not enjoy surprises, and the uncertain signals from Washington are causing anxiety."

The United States, which sent troops to Afghanistan in the wake of the September 11, 2001 attacks on New York and Washington and at the peak of the deployment had more than 100,000 troops in the country, withdrew most of its forces in 2014, but still keeps around 14,000 troops there as part of a NATO-led mission aiding the Afghan security forces and hunting militants.

The top US general in Afghanistan said 2019 was going to be an interesting year.

"The policy review is going on in multiple capitals, peace talks out there, regional players pressing for peace, the Taliban talking about peace, the Afghan government talking about peace," said General Scott Miller, the US commander of Afghanistan`s NATO-led force, at the Resolute Support mission headquarters in Kabul.

Pakistan, which was already working to fence its 1,400 km (870 miles) frontier with Afghanistan and deploy a 50,000-strong paramilitary force along the border, is preparing for a fresh influx of refugees in the event of a disorder.

"Camps will be set up near the border to manage a fresh wave of Afghan refugees and illegal migrants and Afghans will not be allowed to set up illegal homes in Pakistan," said an official, speaking on condition of anonymity.

Afghanistan, which shares borders with Pakistan, Iran, Turkmenistan, Uzbekistan, Tajikistan and China, is already the world`s second-biggest source of refugees, according to the United Nations High Commissioner for Refugees.

The International Organisation for Migration (IOM) estimates that approximately 1.4 million undocumented Afghans live in Pakistan and possibly 1.2 million in Iran.

While thousands of undocumented Afghans were driven out of Iran by recent political and economic turbulence, Iranian officials in Kabul said they fear a sudden US troop withdrawal could reverse that trend.

"We are working closely with the Afghan government to stop Afghans from entering our country. We don't want to use violence to stop them, but a sudden US pullout will lead to a crisis," said an Iranian official.

Afghanistan does not share a land border with Turkey, but Afghans enter Turkey from Iran to work as shepherds, farmers or in the construction sector. Many use it as a transit point to try to enter Europe.

"We have not closed our door but the number of illegal migrants is increasing on a daily basis," said Mehmet Ozgur Sak, the second secretary at the Turkish embassy in Kabul.

In 2018, Turkish police say they intercepted 90,000 Afghans who were trying to enter the country with fake documents or with the help of traffickers, double the number in 2017.

As negotiations over the future of the country gather momentum, the Taliban have been trying to reassure Afghans that they have nothing to fear after foreign forces leave.

But there are Afghans who refuse to trust the Taliban`s new stance. Sayed Rafi Sadat, a student in western Herat province, said the Taliban would impose harsh laws to destroy democracy.

"If US troops withdraw then there is no hope for the future and we will have to leave the country," he said.