What doomed a sprawling city near St. Louis 1,000 years ago? 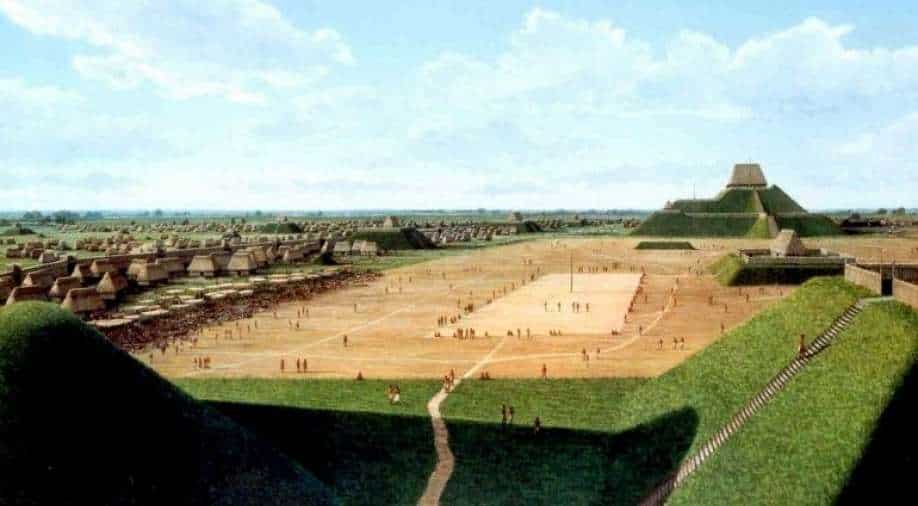 By 1350, Cahokia had largely been abandoned, and why people left the city is one of the greatest mysteries of North American archaeology

A thousand years ago, a city rose on the banks of the Mississippi River, near what eventually became St. Louis. Over miles of rich farms, public plazas and earthen mounds, the city — known today as Cahokia — was a thriving hub of immigrants, lavish feasting and religious ceremony. At its peak in the 1100s, Cahokia housed 20,000 people, greater than contemporaneous Paris.

By 1350, Cahokia had largely been abandoned, and why people left the city is one of the greatest mysteries of North American archaeology.

Now, some scientists are arguing that one popular explanation — Cahokia had committed ecocide by destroying its environment, and thus destroyed itself — can be rejected out of hand. Recent excavations at Cahokia led by Caitlin Rankin, an archaeologist at the University of Illinois at Urbana-Champaign, show that there is no evidence at the site of human-caused erosion or flooding in the city.

Her team’s research, published in the May/June issue of Geoarchaeology suggests that stories of great civilisations seemingly laid low by ecological hubris may say more about our current anxieties and assumptions than the archaeological record.

In the 1990s, interpretations of archaeological research led to the proposal that the Cahokians at the height of their city’s population had cut down many trees in the area. This practice, they said, led to widespread deforestation, erosion and increasingly severe and unpredictable local flooding.

Rankin and her colleagues set out to discover more about how Cahokia’s environment changed over the course of its development, which they hoped would test whether that hypothesis was true. Excavating in Cahokia’s North Plaza — a neighbourhood in the city’s central precinct — they dug at the edge of two separate mounds and along the local creek, using preserved soil layers to reconstruct the landscape of 1,000 years ago. This area had the lowest elevation, and they presumed it would have endured the worst of any flooding.

Those soil layers showed that while flooding had occurred early in the city’s development, after the construction of the mounds, the surrounding flood plain was largely spared from major flooding until the industrial era.

“We do see some negative consequences of land clearance early on,” Rankin said, “but people deal with it somehow and keep investing their time and energy into the space.”

Rather than ruining the landscape, she added, Cahokians seem to have reengineered it into something more stable.

That finding is in keeping with our knowledge of Cahokian agriculture, said Jane Mt. Pleasant, professor emeritus of agricultural science at Cornell University, who was not involved in the study. While Cahokians cleared some land in the uplands, Mt. Pleasant said, the amount of land used remained stable. While heavy plow techniques quickly exhausted soil and led to the clearing of forests for new farmland, hand tool-wielding Cahokians managed their rich landscape carefully.

Mt. Pleasant, who is of Tuscarora ancestry, said that for most academics, there was an assumption “that Indigenous peoples did everything wrong.” But she said, “There’s just no indication that Cahokian farmers caused any sort of environmental trauma.”

If anything, said John E. Kelly, an archaeologist at Washington University in St. Louis, the explanation of a Cahokia battered by denuded bluffs and flooding actually reflects how later European settlers used the area’s land. In the 1860s, bluffs upstream from Cahokia were cleared for coal mining, causing enough localised flooding to bury some of the settlement’s sites. European deforestation created a deep overlying layer of eroded sediment, distinct from the soils of the precontact flood plain.

“What Caitlin has done in a very straightforward fashion is look at the evidence, and there’s very little evidence to support the Western view of what native people are doing,” Kelly said.

Why, then, did Cahokia disappear? Environmental factors, like drought from the Little Ice Age (1303-1860), may have played a role in the city’s slow abandonment. But changes in the inhabitants’ politics and culture shouldn’t be overlooked, Mt. Pleasant said. By the 1300s, many of the great mounds of Central Cahokia stood abandoned, and life in the city had seemingly shifted to something more decentralised. Nor did the peoples of Cahokia vanish; some eventually became the Osage Nation.

Outside of natural disasters like the volcanic eruption that destroyed Pompeii, Rankin notes, the abandonment of a city tends not to happen all at once. It’s more like a natural progression as people slowly ebb out of an urban environment that stops meeting their needs.

“It doesn’t mean that something terrible happened there,” Rankin said. “It could be that people found other opportunities elsewhere, or decided that some other way of life was better.”

The view of Cahokia as a place riven by self-inflicted natural disasters speaks more to Western ideas about humanity’s relationship with nature, Rankin said, one that typically casts humans as a separate blight on the landscape and a source of endless, rapacious exploitation of resources. But while that narrative resonates in a time of major deforestation, pollution and climate change, she said it was a mistake to assume that such practices were universal.

“We’re not really thinking about how we can learn from people who had conservation strategies built into their culture and land use practices,” Rankin said. “We shouldn’t project our own problems onto the past. Just because this is how we are, doesn’t mean this is how everyone was or is.”