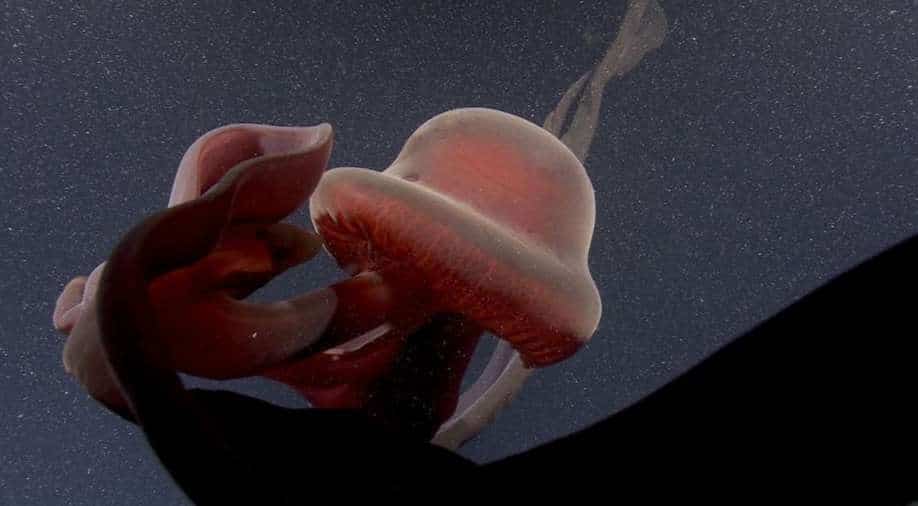 It is believed that the phantom jellyfish lives anywhere from surface level to 21,900ft. However, it remains in an area called the twilight zone, just beyond the reach of sunlight

In a super rare sighting, researchers have spotted a giant deep-sea jellyfish, off the coast of California with the help of a remotely operated vehicle (ROV) Doc Ricketts. The footage showed unique and stunning details of the creature.

As per a report published by Monterey Bay Aquarium Research Institute (MBARI), the rare sighting was recorded in November this year, 990 meters (3,200 feet) deep in Monterey Bay.

The mysterious phantom jellyfish was first officially documented in 1899 but scientists recognised this as a new species until 60 years later. Still, scientists know very little about this animal.

So far the specimen of the giant phantom jelly has been spotted just 110 times in 110 years worldwide. As mentioned by the MBARI report, their ROVs have logged thousands of dives and yet only seen this spectacular species nine times.

ALSO READ | Study shows that away from human touch, tropical forests can regenerate in 20 years

Features of the giant phantom jellyfish:

MBARI report revealed that the bell of this deep-sea denizen is more than one meter (3.3 feet) across and trails four ribbon-like oral (or mouth) arms that can grow to more than 10 meters (33 feet) in length.

It is believed that the creature lives anywhere from surface level to 21,900ft. However, it remains in an area called the twilight zone, just beyond the reach of sunlight.

The researchers stated that the creature, scientifically known as Stygiomedusa gigantea, is found worldwide, except for the Arctic Ocean.

It is important to note that historically, scientists relied on trawl nets to study deep-sea animals, however, the drawback was to study the jellies as they turn to gelatinous goo in trawl nets. The nets can be effective for studying hardy animals such as fishes, crustaceans, and squids.

Now, the robot cams have allowed researchers to study these animals intact in their natural environment with a high-definition video.