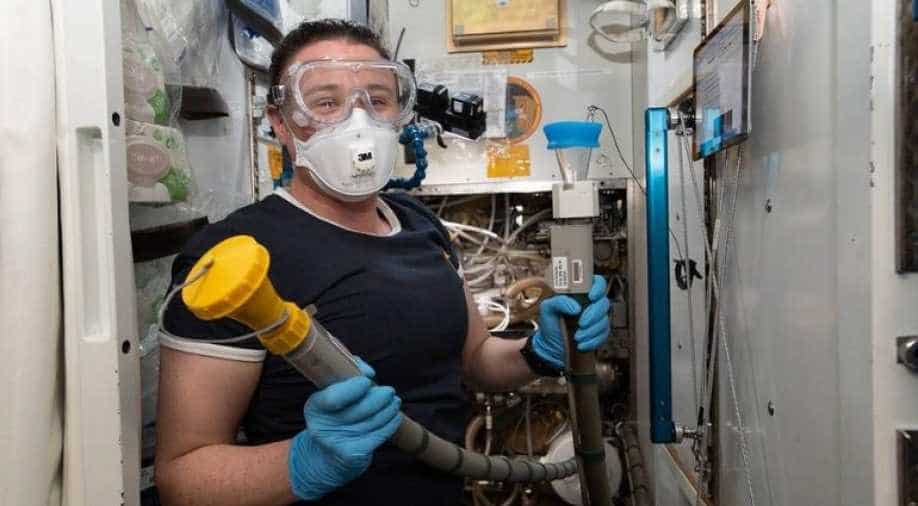 Interbartolo, is project manager for the Lunar Loo Challenge, a NASA competition in partnership with HeroX launched on Thursday that hopes to attract new and innovative solutions to the problem of capturing and containing human waste in space.

NASA is offering $35,000 as a cash reward to people for engineering the best the best 'lunar loo' design.

Interbartolo, is project manager for the Lunar Loo Challenge, a NASA competition in partnership with HeroX launched on Thursday that hopes to attract new and innovative solutions to the problem of capturing and containing human waste in space.

Entrants stand to win a share of the $35,000 prize money and contribute to toilet technology destined for Artemis, Nasa’s programme to land the first woman and the next man on the moon by 2024. 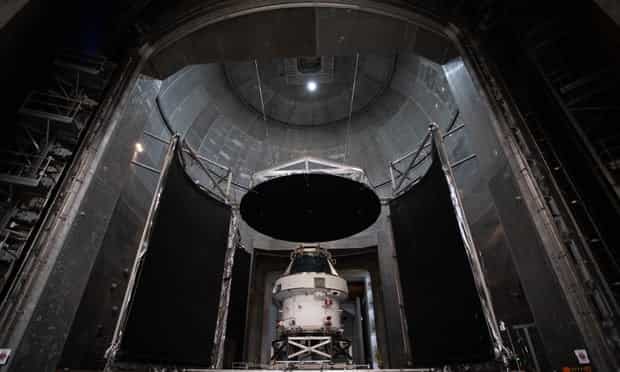 Nasa’s Orion spacecraft, the first step in its Artemis mission to land the first woman and next man on the moon by 2024. Photograph:AFP

Space toilet technology has come some way from the grim Apollo years, when bags had to be taped to the astronaut’s buttocks in a setup that was not always as secure as might have been hoped. One mission transcript records an exchange between crew members: “Where did that come from?… There’s a turd floating through the air.”

The international space station (ISS) features a large, industrial-looking Russian-made toilet that uses suction technology to overcome the challenge of pooing and peeing in microgravity. NASA, however, is seeking something that would function equally well on the lunar surface, where gravity is about a sixth of that on Earth.

“We definitely don’t want folks to just say we know what the ISS toilet looks like, so we take off a bit of mass and make it more compact,” said Interbartolo. “We’re looking outside the box … We want to tap into those garage thinkers, the maker space community and see what the unknown unknowns out there are.”

Would-be innovators must meet Nasa’s technical specifications. Their designs have to be lighter than 15kg in Earth’s gravity, no larger than 0.12m3 and no louder than the average bathroom fan, and the must be able to cater to all the toilet needs of its female and male users safely and securely.

“Additionally, toilet designs must be able to accommodate sick crew members dealing with vomiting and diarrhoea. Bonus points will be awarded to designs that can capture vomit without requiring the crew member to put his/her head in the toilet,” Nasa says. The elegance and design of the entries and their ability to afford some level of privacy in small flight modules will also be considered.

Nasa’s Artemis-3 mission, which has a launch target of 2024, aims to land a man and a woman at the lunar south pole. It would be the first time astronauts have travelled to the lunar surface since 1972. “As we prepare for this extraordinary event, we can’t forget about the ordinary needs of our astronauts,” said Interbartolo.

Submissions can be amde till August 17.