What Green surge could mean for the new European Parliament 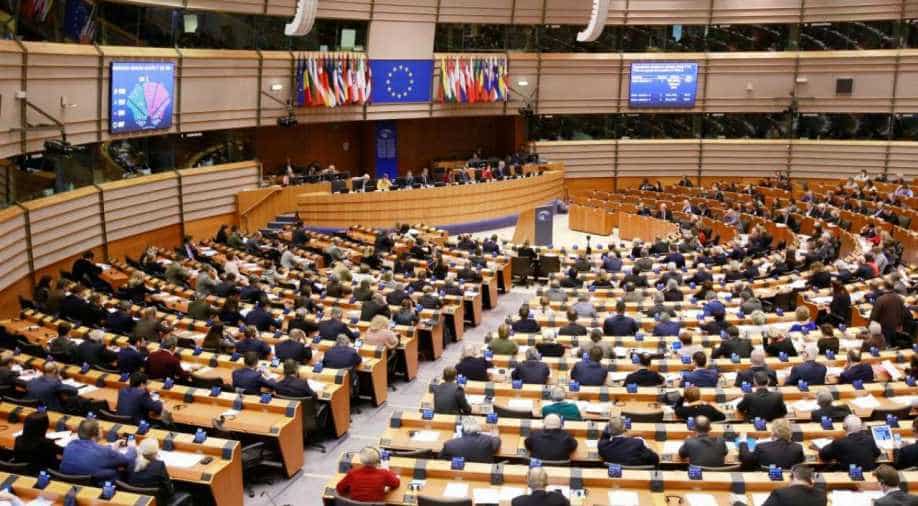 The Greens will be keen to influence affairs as much as they can before the UK leaves the EU – when it will lose nearly 20 per cent of its MEPs.

European politics has been seriously shaken up by this month’s parliamentary election. The centre-left/centre-right coalition that has dominated European political proceedings can no longer command a majority in the European Parliament. Eurosceptic parties, meanwhile, made smaller gains than expected.

That has opened up an opportunity for Europe’s green parties, which made big gains and now hold 69 seats in the 751 seat chamber.

This historic showing means environmentalist parties could hold the balance of power. Green MEPs sit in a transnational political group called Greens/European Free Alliance, together with MEPs from regionalist parties including the UK’s Scottish National Party and Plaid Cymru. By far the strongest supporters of climate and environmental action in the last parliament, the alliance will seek to leverage its burgeoning influence on key EU policies. It could also play an important role in choosing the EU’s new personnel – including the successor to European Commission president Jean-Claude Juncker.

Environmentalists will be thankful that Brexit has been delayed until (at least) October, because it means that UK MEPs will probably still be around to play a part in choosing the new European Commission. The UK Green party delivered a particularly strong result, taking seven seats, along with the Scottish Nationalist Party’s three and one for Plaid Cymru. As a result, the Greens also now have more say over upcoming votes for the European Parliament’s president, 14 vice-presidents and 22 committee chairs that lead legislative negotiations on all policy areas.

In the past MEPs have pushed for the Commission presidency to go to the lead candidate of the political group winning the most seats in the election, which would be the right-leaning European People’s Party’s Manfred Weber. But many EU heads of state (notably Emmanuel Macron in France, Pedro Sanchez in Spain and Mark Rutte in the Netherlands) are unhappy with this approach and would like the Parliament to endorse someone else.

With no candidate able to command a majority by aligning with just one other party, political manoeuvring will be needed, in both the council and the parliament. With backing from the Green group, a strong challenge to Weber could be brought by a broad coalition between the centre-left and the centrist Alliance of Liberals and Democrats for Europe. As potential kingmakers, expect the Greens to try to extract environmental promises from leading candidates. Weber has very poor credentials on this front.

Once the new commission starts work in November, Green MEPs will have the opportunity to shape future EU policy. In the last European Parliament, the grand centre-left, centre-right coalition decided 74 per cent of votes, leaving smaller groups at the fringes of power. With a more fragmented European Parliament, smaller groups will now be key to establishing a majority, and coalitions will be much more changeable.

Despite the Greens’ rise, they remain a relatively small group. Their influence will depend on their ability to reach compromises with other parties when necessary – and to know when to pick their battles. Based on their past activities and their manifesto, two such likely red lines will be reform of the Common Agricultural Policy (CAP) and the EU’s trade policy.

During the last reform in 2013, the European Parliament weakened the CAP by making it easier for farmers to qualify for green subsidies without actually changing their practices. More recently, the agriculture committee has supported a proposal to automatically label 40 per cent of CAP spending as “climate expenditure”, writing what Green MEPs called a “blank cheque” on climate change. Meanwhile, the European Commission sat on a report highlighting how little the CAP does for the climate for a year, quietly publishing it a day after the recent elections. This time around, we can expect the Green MEPs riding the resurgent climate wave to push for reform that puts delivery on climate change goals much higher up the agenda.

The Greens are also strong critics of EU trade policy. They have long called for more democratic scrutiny and public consultation by the European Parliament to make trade more environmentally sound. They have pushed for a greater emphasis on improved labour conditions and trade deals which do not undermine the EU’s environmental and emissions targets. We can expect Green MEPs to hold other political parties accountable for their climate change pledges – and to influence the environmental requirements in EU trade policy in the future.

Finally, as staunch defenders of the rule of law and the right to asylum, the larger Green group will also hope to exert influence on the EU’s long-awaited revision to its asylum system, and on how parliament deals with attacks on the rule of law in Hungary and Poland.

The Greens will be keen to influence affairs as much as they can before the UK leaves the EU – when it will lose nearly 20 per cent of its MEPs. They will also still be reliant on how seriously other parties now take the union’s climate and environmental commitments.