Refugees could become the worst victims of coronavirus pandemic 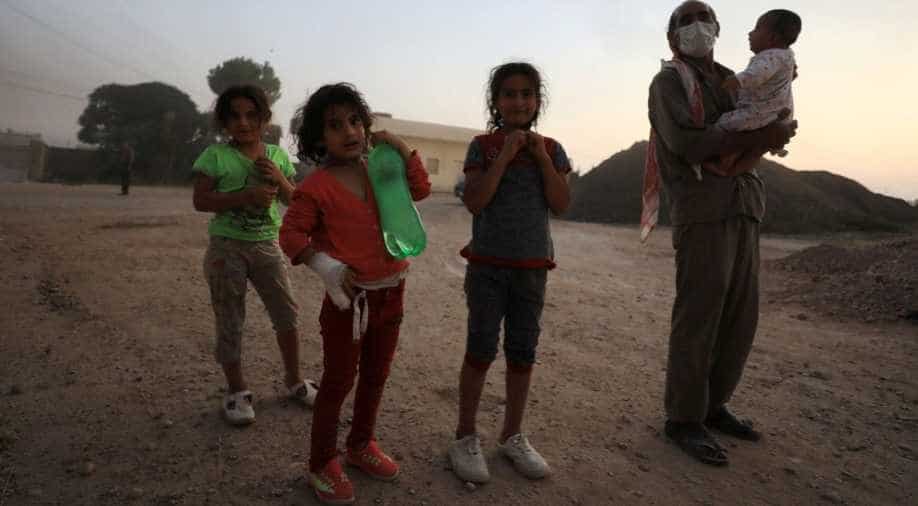 It’s just a matter of time before the human carnage hits camps for refugees and displaced persons across the globe.

Indiscriminate in targeting its victims, the latest coronavirus (COVID-19) casts a very different light on the need to enforce international law governing wars as well as human and minority rights. It exposes the needs of tens of millions of refugees and displaced persons in destitute camps in Turkey, Lebanon, Syria, Jordan, and Bangladesh and shantytowns across Asia, Africa, and Latin America.

It also puts issues of basic rights, poverty, homelessness, and equitable income distribution from a different perspective. Refugees, displaced persons, and embattled minorities that have been for the longest time viewed as humanitarian or political problems that needed to be contained and kept beyond one’s borders. now constitute a global public health hazard.

The public health hazard is enhanced by punitive, crippling sanctions and blockades designed to impose the will of one country on another with little measurable effect beyond economic degradation, making often weak health systems even more feeble.

In Iran, one of the world’s hardest-hit countries, and the Gaza Strip, that reported its first infections in recent days, the hazard is enhanced not only by corruption and mismanagement but also punitive and crippling sanctions and blockades designed to impose the will of one country on another with little measurable effect beyond economic degradation and making often weak health systems even more feeble.

It’s a hazard that raises the threat level not only in the current pandemic that has already wreaked havoc on lives, economies, and social life, but also in future ones.

“The storm will pass, humankind will survive, most of us will still be alive — but we will inhabit a different world,” predicted historian Yuval Noah Harari.

“Pandemics are a part of biologic history. They reshape economics, they reshape sociology,” added Mike Leavitt, a former Republican US Secretary of Health and Human Services and Governor of Utah.

Writer and activist Susan Sontag noted some four decades ago that “illness as a metaphor for political disorder is one of the oldest notions of political philosophy.”

By implication, Harari and Leavitt and Sontag suggest that pandemics create opportunities to rethink political, economic, and social relations. That may be what is needed but the odds are against it.

More likely is that a different world will mostly be shaped by elements of reactive measures taken by governments across the globe who failed to initially take the coronavirus seriously on day one—Singapore, South Korea, and Taiwan being notable exceptions.

Leaving aside the fundamental issues of striking a balance between privacy and surveillance, those reactive actions and procedures are likely to amount to band-aids rather than lessons learned. They will not lead to a fundamental rethinking of issues that pose a major threat to millions of lives far beyond the boundaries of refugee camps and shantytowns. And they are unlikely to result in the social cohesion needed to confront the inevitable next crisis.

Even though senior government officials across the globe have been infected, it’s the hundreds of thousands of victims of the coronavirus and the hundreds of millions whose social and economic lives have been disrupted that pay the price of delayed and inadequate responses.

“Sanctions are the number one cause of Iran’s limited access to medicine and other basic resources. These pressures are severely compounded during this global health crisis and are felt acutely in the day-to-day lives of Iranian citizens . . . Just as outbound travel has been suspended, the import of aid coming into Iran is limited, if at all, furthering the sense that even when dealing with a concern that affects the whole world, Iranians are largely on their own,” reflected comparative literature PhD candidate Donna Honarpisheh from self-isolation during a family visit to Shiraz.

The fact that a contagious health hazard in one country potentially threatens public health worldwide, makes ensuring the universal existence of robust national healthcare systems a global rather than a national concern.

Prioritising politics rather than common sense self-preservation that fails to strike a balance between humanity, global public health, and national security is likely to harden positions rather than create opportunities for conflict resolution.

As a result, Iran’s isolation and Gaza’s blockade by Israel and Egypt for the past 13 years are likely to be reflected in longer-term Iranian and Palestinian political wrath and other hostile attitudes towards the outside world.

The United Arab Emirates, Kuwait, and Qatar – the only countries to have come to Iran’s aid – were among the few in the international community to recognize that how the world handles the crisis has consequences that go far beyond healthcare.

That is true even if the UAE and Kuwait acted to ensure that they would not be targets in any future US-Iranian confrontation. Whereas Qatar honoured its relations with Iran since Tehran provides crucial logistical support, enabling Doha to withstand the almost three-year-old UAE-Saudi-led economic and diplomatic boycott of the Gulf state.

Adding to the woes of Iran, like other countries with governments that are untransparent or at best economical with the truth, is the fact that the regime’s trust deficit complicates getting public compliance with extraordinary measures and raises the specter of protests at a time of quarantines and social distancing.

Egyptian authorities arrested four prominent women in recent days for protesting in demand of the release of prisoners as a healthcare measure. Hundreds of Egyptians reportedly attempted to storm public laboratories to obtain a coronavirus test.

The locked-down Philippines capital of Manila is awash with rumours of food shortages and fears of rioting and looting.

It’s at best a matter of time before the human carnage hits camps for refugees and displaced persons across the Middle East and in Asia and Africa as well as countries like Venezuela that have failing health systems as a result of mismanagement and corruption. All failures are compounded by sanctions.

“Millions of conflict-affected people are living in cramped refugee and displacement sites with desperately poor hygiene and sanitation facilities. There will be carnage when the virus reaches parts of Syria, Yemen, and Venezuela where hospitals have been demolished and health systems have collapsed,” said Jan Egeland, Secretary-General of the Norwegian Refugee Council.

Yemen already knows the consequences. It suffered in 2017 a dramatic surge of cholera, a disease that had been virtually eradicated from the planet.

The question is not only what happens when disease and death on a large scale or food shortages and/or famine hit the world’s most vulnerable holed up in inhuman conditions with nothing more to lose.

It is also whether governments and elites have the foresight and political will to build a new world order that is not only equitable but also creates the political, economic, and social conditions for the management of future pandemics at a potentially lower social and economic cost for all.

That may be a tall order in a world dominated by civilizational and nationalist leaders whose primary concern are not ensuring robust structures capable of fighting indiscriminate global threats but short-term political gain, self-aggrandizement, the settling of political scores, and narrow visions of ethnic or religious supremacy.

It’s an approach that adds to already mounting threats of increased political instability and violence as well as migration in magnitudes that could dwarf the world’s current problem of coping with large-scale dislocation.

(The article was first published on Inside Arabia)