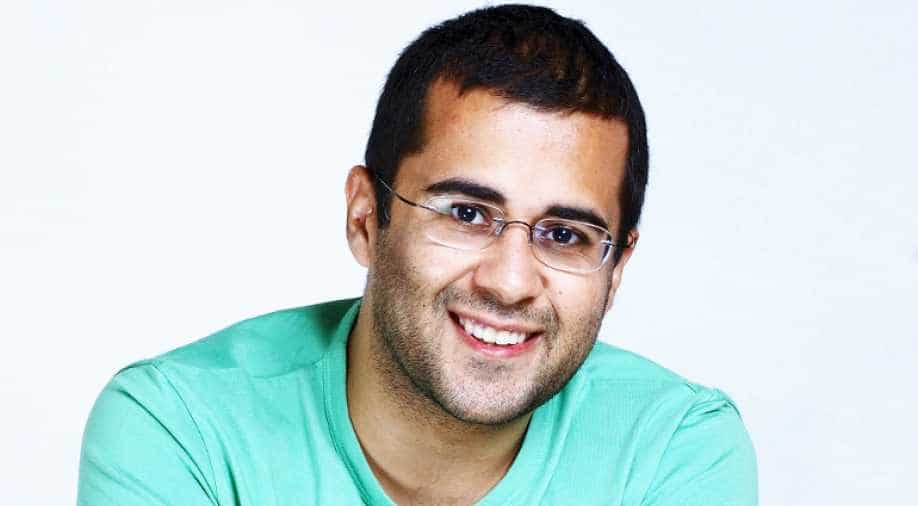 The?alumnus from the reputed IIT Delhi and IIM?Ahmedabad has denounced the ban asking what is Diwali for children without crackers. (Image source: Wikimedia Commons). Photograph:( Others )

After getting trolled on Twitter for a grammatical mistake, popular fiction writer Chetan Bhagat is again being panned for his latest comments on the Indian Supreme Court's decision to ban fire-crackers and given a rather communal slant to the matter.

In a series of tweets, Bhagat has said, "Why only guts to do this for Hindu festivals? Banning goat sacrifice and Muharram bloodsheds soon too?"

Bhagat claimed the apex court has guts to just ban Hindu festivals. He further asked the court if it planned to also ban animal sacrifice on Muharram -- observed by the Muslim community.

Can I just ask on cracker ban. Why only guts to do this for Hindu festivals? Banning goat sacrifice and Muharram bloodshed soon too?

The alumnus from the reputed Indian Institute of Technology (IIT) Delhi and Indian Institute of Management (IIM) Ahmedabad has denounced the ban asking "what's Diwali for children without crackers". Delhi schools have long run a campaign against the indiscriminate burning of fire-crackers on Diwali that pollute the national capital's air for several months.

Bhagat also felt that banning fire-crackers on Diwali was like "banning Christmas trees on Christmas and goats on Bakr-Eid".

He also said that the court should regulate the use of crackers instead of banning it. And he had a piece of advice for the Supreme Court -- "Respect traditions".

Your examples of practices integral to those observances; banning them would be like banning lamps onDiwali. Firecrackers are unholy add-ons

This Diwali here is a better way for folks to burn up their money than buy a @chetan_bhagat book... but only if u r outside Delhi NCR! pic.twitter.com/O0awFqQh6c

Yes coz when Shri Ram returned to Ayodhya you (& those who read your books) were bursting Chinese made crackers to celebrate the homecoming? https://t.co/wQ7zPKey8P

False equivalence. Bursting crackers has nothing to do with the Diwali tradition.The very word 'Diwali' means 'light'. Lighting diyas=Diwali https://t.co/Lmsu45fAXV

Others reminded him of the high incidence of respiratory diseases among Delhi's young where many children are born with asthma caused by the pollutants in the air.

Hi Chetan would you rather have your children suffer respiratory disorders instead? Don't force your idiotic fantasies reg Diwali to kids.

don't give a communal angle pls..it's abt environment bro

However, Bhagat saw these reactions as a personal attack on him.

Many people who describe themselves as open minded, liberal and tolerant are ganging up like a mob and abusing the hell out of me today

357 members of Afghanistan minority community has arrived in India: MEA