Urjit Patel was telling me about resignation for the past 6-7 months: PM Modi 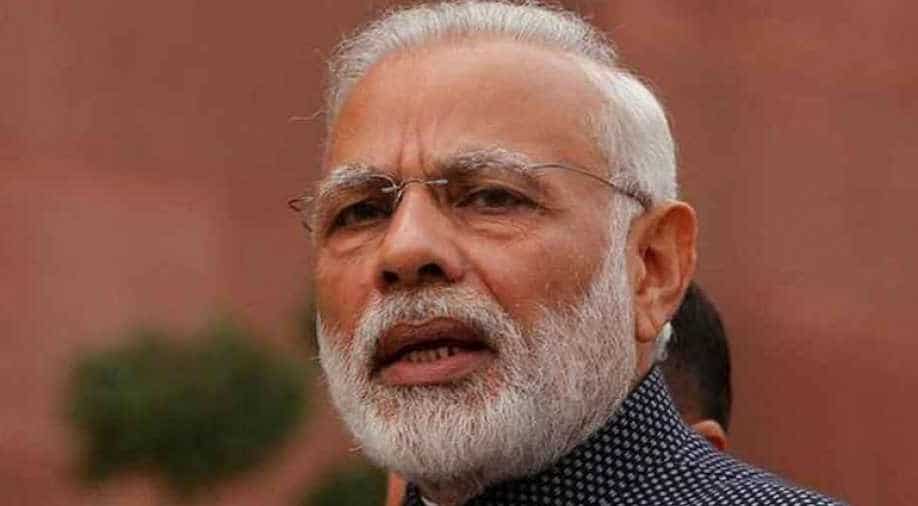 'I am revealing for the first time, he (Urjit Patel) was telling me about this for the past 6-7 months before his resignation. He gave it even in writing. He wrote to me personally,' Prime Minister Modi revealed.

Urjit Patel stepped down as the Reserve Bank of India (RBI) Governor because of personal reasons and had been telling the Prime Minister for some time about his decision to resign, said Prime Minister Narendra Modi on Tuesday.

"I am revealing for the first time, he (Urjit Patel) was telling me about this for the past 6-7 months before his resignation. He gave it even in writing. He wrote to me personally," Prime Minister Modi revealed.

Also read: Surgical strikes decision was a 'big risk' but I was more concerned about safety of soldiers: PM Modi

Patel resigned in December from his post citing "personal reasons" amidst reports of a rift between the RBI and the government. Prime Minister Modi, after Patel`s resignation, tweeted that the RBI Governor left behind a "great legacy."

The Prime Minister further dispelled the opposition`s criticism that Patel was made to leave.

"No such question arises. I acknowledge that Patel did a good job as RBI Governor," Prime Minister Modi added.

Stressing that institutions like CBI and judiciary are paramount to his government, the Prime Minister stressed that the opposition Congress party has no right to criticise the BJP by saying that the government weakened such institutions in the country.

"Congress has no right to speak on this issue. Against the PM and PMO, the NAC (National Advisory Council) was formed. What kind of empowerment of the PMO was this? Cabinet takes such a big decision and a big leader tears that Cabinet decision at a press conference. What kind of respect is for an institution?", questioned PM Modi.

"Coming to judiciary, they openly said that we will decide judiciary on the basis of ideology and senior judges were shown the door and junior judges were promoted. And you are talking about institutions? In the same RBI, several times Governors were forced to leave before their term expired. You called Planning Commission people a bunch of jokers," the Prime Minister added.

Prime Minister Modi cleared the air over the government removing the two men at the top of CBI.

In October, CBI Director Alok Verma and his deputy Rakesh Asthana, were relieved of their duties pending an inquiry, after each accused the other of corruption, following which the government sent them on leave, calling it an "extraordinary and unprecedented" situation.

''When CBI internal personal matter came to light, they were both asked to go on leave legally. Because institution is paramount for us," stressed the PM while speaking to ANI.

Opposition parties, especially the Congress, have in recent times, criticised the BJP-led Narendra Modi government of misusing the Enforcement Directorate for political vendetta, often dubbing it as Embarrassment Directorate. Prime Minister, however, allayed the criticism.

"How are these people saying this? Recently, Sohrabuddin judgement came. Just read that judgement. See how institutions were misused. Accusations on us is that Modi is not taking action against these people. And you are saying this is vendetta. ED is doing is job professionally. From a foreign country, a razdaar (confidante) has been brought in custody of India. Should not every Indian be proud of it?", said the Prime Minister, while referring to Christian Michel, the alleged middleman in the Rs 3,600-crore AgustaWestland VVIP chopper deal.

Michel, a UK citizen, was extradited to India from the UAE last month in connection with the case and was respresented by lawyer Aljo K Joseph, who happened to be a Congress party leader but was shunted after controversy over his affiliation erupted.

"If a Congress worker turns up to be Christian Michel`s lawyer, then it is a cause for worry. The countrymen should be proud that razdaar has come, now there will be proper inquiry under legal scrutiny and the truth will come out. Instead of that, you are sending lawyers from your party to support him Michel. This is a matter of concern," Prime Minister added.