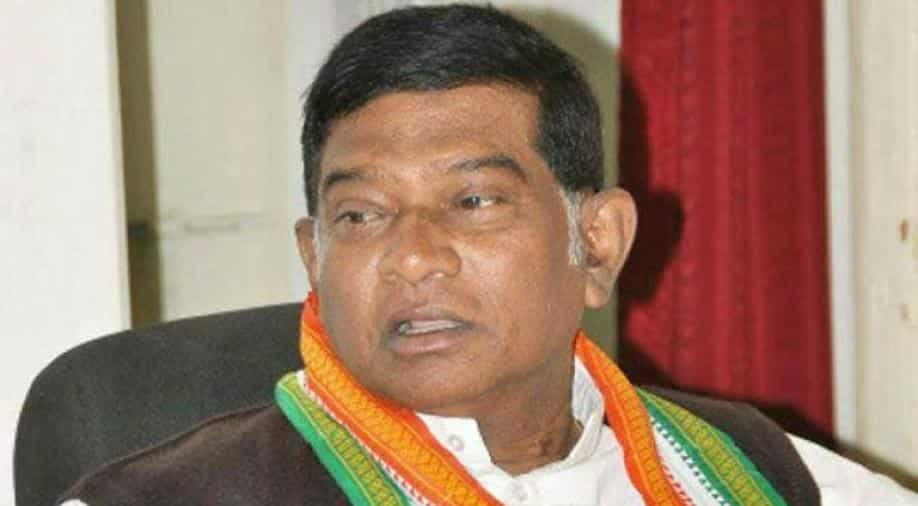 It is an alliance that took shape in just a few hours of discussion and the former Chhattisgarh chief minister Ajit Jogi wants it to continue till the 2019 general elections by projecting his ally and BSP supremo Mayawati as the prime ministerial candidate.

"Mayawatiji deserves to be the country's prime minister. She is appropriate for the post and she has the potential," Jogi said.

Describing the Bahujan Samaj Party (BSP) chief as a natural leader, the bureaucrat-turned-politician told PTI in an interview, "There are various things that work in her favour. She is a woman, a Dalit and also has an experience of serving as chief minister of Uttar Pradesh four times."

Jogi, 72, is the chief ministerial candidate of the alliance. He had earlier served as Chhattisgarh's first chief minister as a Congress leader between 2000 and 2003 after the tribal-dominated state was carved out of Madhya Pradesh.

However, the Congress could not return to power after Jogi's tenure ended and the BJP leader Raman Singh has served as its chief minister for nearly 15 years since then. One reason many cite for Congress' failure to come back to power in the state is infighting among various state leaders. Jogi left the Congress in 2016.

While Chhattisgarh has always seen a two-way fight between the arch rivals BJP and Congress, Jogi-Mayawati alliance has become a keenly-watched third force this time. Even Chief Minister Singh, a BJP stalwart in the state where elections for 90 assembly seats would be held in two phases on November 12 and November 20, has acknowledged that Jogi would impact the Bharatiya Janata Party as well as the Congress.

The BSP has one MLA in the outgoing assembly, while its vote share fell to 4.27 per cent in 2013. However, combining of forces between Jogi and Mayawati is being seen as having a multiplier effect, especially in terms of caste equations.

Out of 90 total seats, 29 are reserved for tribals and 10 for Scheduled Castes. In the non-reserved seats, the population of SCs is more than 10 per cent in 40 assemblies. Besides, the other backward classes constitute about 48 per cent of the state's population.

While Mayawati's Bahujan Samaj Party is known to attract Dalit voters, Jogi himself is said to have a stronghold among voters from his caste base of Mahars and Satnamis.

Pitching Mayawati's name for the prime minister, Jogi said the BSP supremo deserves the country's top post and she is an appropriate candidate for it.

"The alliance between these two parties is a natural alliance and it will last beyond 2019 general elections," Jogi said.

When asked how the alliance was formed between the two parties, Jogi said it took just a few hours to forge the partnership as both parties are almost on the same page ideologically.

"I met Mayawatiji and we discussed for few hours and then decided to contest the election together for the state assembly and I will be the chief ministerial candidate," Jogi said.

Talking about the two-phase polls, Jogi said the real contest would be between the JCC-BSP alliance and the ruling BJP, while he termed the Congress a "spent force".

The Congress has no organisation, no workers in the state and above all it is without any leader, he said.

While Jogi and his son are in the JCC, Jogi's wife -- Renu Jogi -- was with the Congress before being denied ticket and has now switched sides to his husband's party.

Many poll pundits feel Jogi could also play the role of a kingmaker in Chhattisgarh in case of a hung verdict, while his alignment with Mayawati could give him a noticeable say for the Lok Sabha elections next year, especially during of alignment of non-BJP forces to take on the saffron party.

Jogi is known to have some influence in Madhya Pradesh as well, besides Chhattisgarh and the two states together account for 40 Lok Sabha seats, including 15 reserved for SC/ST candidates.

In UP, where Mayawati is a strong force, there are total 80 Lok Sabha seats, including 17 reserved for SC.

Mayawati's party also has some presence in several other states and union territories, including Delhi, Haryana, Telangana, Punjab, Rajasthan and Bihar, besides Madhya Pradesh and Chhattisgarh.

The 62-year Dalit leader served as chief minister for three brief periods, first being in 1995, before she had a full five-year tenure during 2007-2012. However, her last tenure was also marked with allegations of corruption.

Besides, she has had three terms each in Lok Sabha and in Rajya Sabha.

In the last Lok Sabha polls in 2014, the BSP did not get a single seat but it was the third largest party in terms of vote share (over 4 per cent with nearly 2.3 crore voters).

The party candidates came second on as many as 34 seats, while its vote share in Uttar Pradesh was nearly 20 per cent.

Jogi's alliance with Mayawati is seen as significant as the Dalit leader from Uttar Pradesh was also being wooed by the Congress and other opposition parties for a broader non-BJP alliance ahead of the 2019 general elections to give a united fight to Prime Minister Narendra Modi.