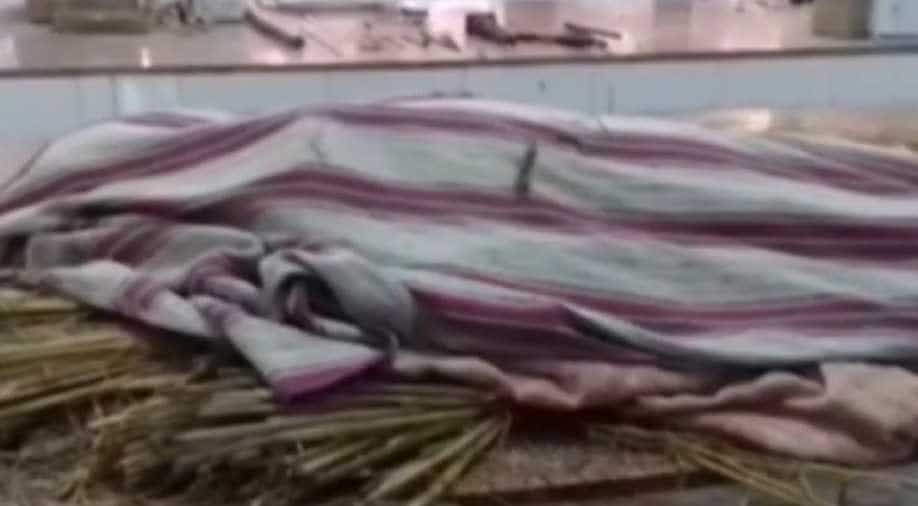 The body of the minor was found near a canal in Budhakhera village of Jind district on Sunday. Photograph:( ANI )

Initial investigation indicates that the girl was gang-raped and killed

In a shocking case of gang-rape, a 15-year-old girl's body with her private parts brutally mutilated was found in Haryana's Jind district on Sunday.

The body of the minor, who was missing since January 9 from Kurukshetra, was found near a canal in Jind district's Budhakhera village.

The doctor who conducted the post-mortem at Rohtak's PGI Hospital said that signs of sexual assault were visible on the body and it seemed that three to four people were responsible for the incident. He said a lot of injuries were found and that a hard and blunt object was inserted inside the girl's body and that her liver had been ruptured.

"The body had many injury marks, private parts were mutilated and there were lot of internal injuries. Her liver was ruptured. Signs of sexual assault are visible and it looks like three-four people were responsible. A hard and blunt thing was inserted inside her, signs of drowning also found," Dr SK Dattarwal of the PGI Hospital said.

The teenager's father said his daughter had been kidnapped and raped and that an incident like this would never have happened if the administration had done its job well.

"My daughter was kidnapped and raped, culprits should be punished, we want justice for her. If administration had done its job well, an incident like this would have never happened," the girl's father told ANI.

Initial investigation indicates that the girl was gang-raped and killed, ANI reported earlier.

"The body was found in the fields with injury marks. We have registered an FIR under Section 302 (murder) of the Indian Penal Code (IPC)," Deputy Superintendent of Police Kaptan Singh told ANI, and added that two Special Investigation Teams (SIT) have been constituted for investigation in the case

The top police official earlier said that the body had been sent to the Rohtak forensic lab for a postmortem.

"It seems like she doesn't belong to Jind district. Someone may have brought her here," Kaptan Singh said.

Haryana Chief Minister Manohar Lal Khattar assured the culprit in the case would be nabbed soon.

"Culprit has been identified and I'm sure he will soon be nabbed," Khattar told reporters in Karnal.