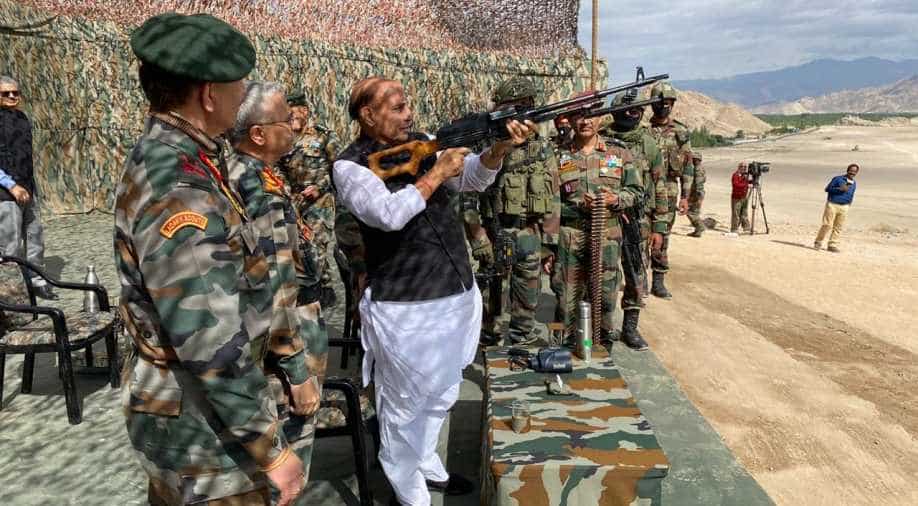 'Hope for the best, but prepare for the worst' is a phrase that was coined in the 18th century but is still relevant, especially in the present circumstances on the Line of Actual Control (LAC).

LAC is the undefined border dividing India and China — the two nuclear-armed Asian giants. The last 30 days have been among the most tense months in the history of LAC as 20 Indian troops died in action in the Galwan skirmish on June 15.

Since then, there have been multiple rounds of talks, rhetorics and top level visits. However, not much of this has resulted in de-escalation along the LAC.

The first problem is China, till now has not revealed any casualty numbers. But what is almost unprecedented is India's approach to the stand-off.

Indian government knows it is dealing with a difficult neighbour. So, while it is sending a message of peace, it is not mincing its words while warning China against future provocation. India is also setting new traditions and preparing for the worst.

On July 03, Prime Minister Narendra Modi visited the Indian troops at Ladakh, which is a rare sighting in our country. Modi sent a message of peace from Ladakh but also hinted to Biejing that the age of expansionism is over.

The Defence Minister also addressed Indian soldiers at the Lukung post near the Pangong lake. His message had the same tone as that of the Prime Minister. He said that India believes in vasudhaiva kutumbakam — the world is one family — but India is not shy of giving a befitting reply to any provocation.

"We do not want unrest, we want peace. It has not been our nature to hurt any country's pride. If any attempt is made to hurt India's pride, it won't be tolerated. We will give a befitting reply," he said.

"Whatever talks have happened so  far, the matter should get resolved. But to what extent it would be resolved, I cannot guarantee," he added,

From tanks carrying out military exercises to para drops by Indian troops, Indian military might was at display this morning.

Beijing, of course, was watching all of this. China has promised peace, but the actions do not match the words.

There has been a pull back at patrolling points 14, 15, and 17-a. Indian troops and the PLA have created a bufffer zone of 1 to 4 kilomerters, i.e. at these patrolling points, the two sides are no longer eyeball-to-eyeball.

However, the problem remains the same at the Pangong lake. The LAC runs through water here and mountain folds jutting into the Pangong lake are called 'fingers'. The Chinese troops had earlier come till the 'finger 4', and have not gone back to 'finger 5'. But, this is not complete withdrawal.

India insists that the PLA return to pre-stand-off position, which is 'finger 8'. Clearly, there has been little progress in the Pangong Tso in the last one month.

There have been several rounds of diplomatic and military level talks between India and China in the last 30 days. Officials of the Indian army and the PLA have met thrice since the skirmish. The first military level talks were on June 22 and the latest were on July 14. There have also been two rounds of diplomatic talks between India and China and a phone conversation has also happened between India's National Security Advisor, Ajit Doval, and Chinese Foreign Minister, Wang Yi on July 05.

However, even after all this there is not guarantee that a complete de-escalation will take place. So, the best way forward for India would be to 'hope for the best, but prepare for the worst'.