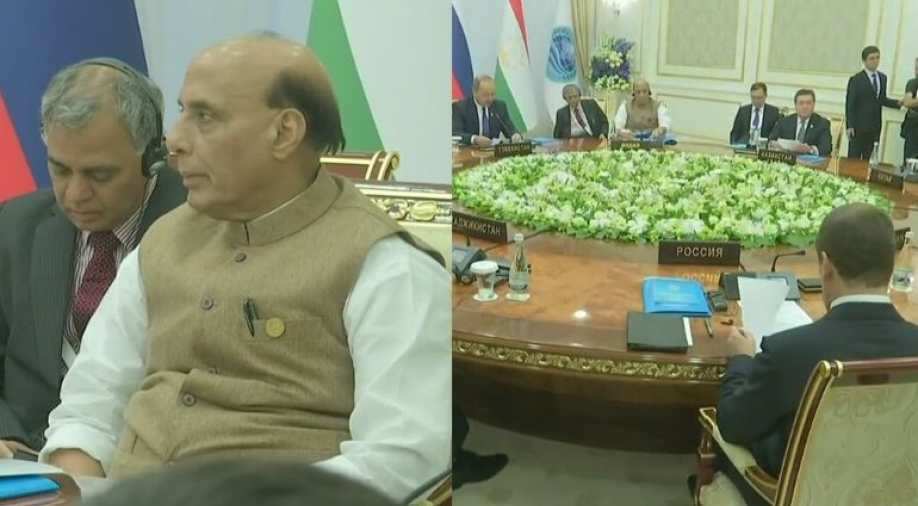 Singh had reached Tashkent on a three-day visit on November 1.

He was received by the Prime Minister of Uzbekistan Abdulla Aripov at the SCO meeting, according to the Office of the Raksha Mantri.

Singh had reached Tashkent on a three-day visit on November 1.

The former leader had passed away in Tashkent on January 11, 1966.

Defence Minister also visited the Shastri Memorial School here and interacted with the students studying there.

He also signed the Visitors Book at the school in which he paid tributes to Shastri.

Apart from participating in the SCO meeting, he will also hold bilateral engagements with Uzbekistan.