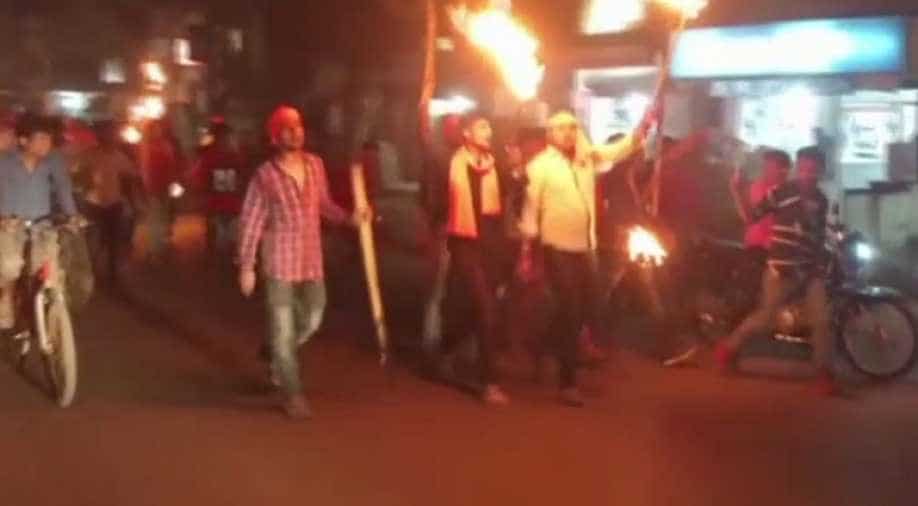 The Bihar police have registered an FIR against absconding men involved in the chanting of pro-Pakistan and anti-India slogans in Araria district of the state on Thursday.

A video surfaced on the internet showing three men raising pro-Pakistan and anti-India slogans in the district.

We have received the information. FIR has been registered and arrests are yet to be made. As far as the people who are circulating the video are concerned, they will be traced & action will be taken: KD Singh, SDPO Araria pic.twitter.com/UqDmlzDHfn

The locals of the district had demonstrated against the alleged chanting of such slogans. They also took out a rally demanding an action against the men involved.

The police have conducted a search operation against the absconding men.

Media reports have said that the supporters of the newly elected representative in Araria were involved in the chanting.

RJD's Sarfaraz Alam was declared the winner of the region on Wednesday beating his opponent Pradip Kumar Singh of BJP.

Araria is a Muslim-dominated area with over 40 per cent of the population belonging to the religion.