Parliament gears up for stormy session, no-confidence motion to be tabled today again 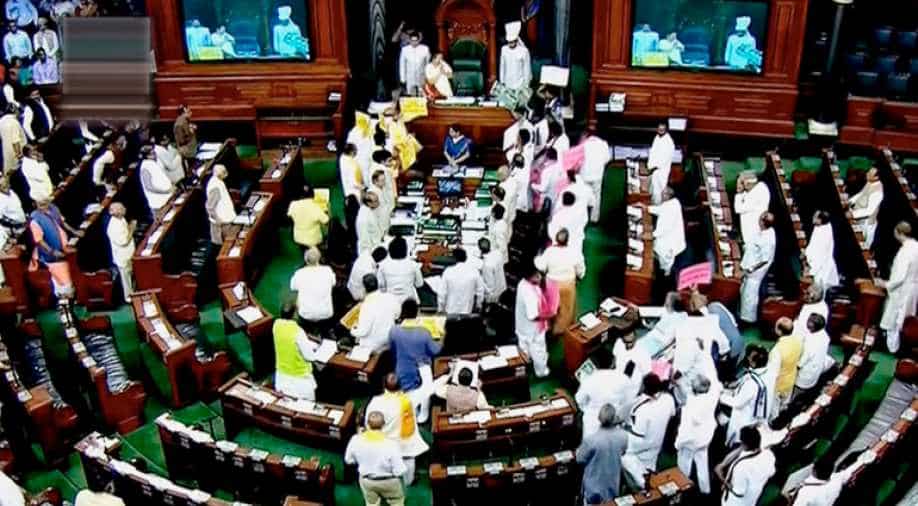 Fireworks are expected in Parliament even as the YSR Congress and the TDP spearhead the tabling of a no-confidence motion for a trust vote against the government over the issue of special status to Andhra Pradesh.

The no-confidence motion against the government, which is being tabled since March 16, was again not taken up after both houses of Parliament were adjourned yesterday for the fourth day.

Today also we are going to give no-confidence motion notice in the Lok Sabha. We are going to continue protesting until our demands are met: Thota Narasimham, TDP MP pic.twitter.com/Gb7XBB7cvK

The Lok Sabha was adjourned after continuous uproar over the demand for a no-confidence motion. The TDP MPs did not allow Speaker Sumitra Mahajan to run the Lower House. They would run into the well of the house each time the Lok Sabha would convene.

The Rajya Sabha was adjourned after the TDP and the AIADMK MPs created an uproar over special status to Andhra Pradesh and the Cauvery water dispute.

Yesterday, the Parliament secretariat received three notices on a no-confidence motion against the Centre for its refusal to grant special category status to Andhra Pradesh. Two was received from TDP and one from YSR Congress Party.

The YSR Congress's YV Subba Reddy has again asked for the motion to be taken up today.

Andhra Pradesh Chief Minister Chandrababu Naidu yesterday asked the Telugu Desam Party (TDP) MPs not to dilute their fight against the Centre for the Special status to Andhra Pradesh in the Parliament. He warned that the government would "let some ome other parties create din and adjourn the House sine die."

"We should not dilute our fight. The public interest is our priority. We will not compromise on the matter of our rights. There is a possibility that the union government will let some other parties create din and adjourn the House sine die," the Andhra Pradesh chief minister said while addressing the party MPs via through teleconferencing in the evening.

The Chief Minister further asserted that all the TDP MPs must attend the Parliament.