Netanyahu meets Moshe at Chabad House, calls it 'a unique blend of love and hatred' 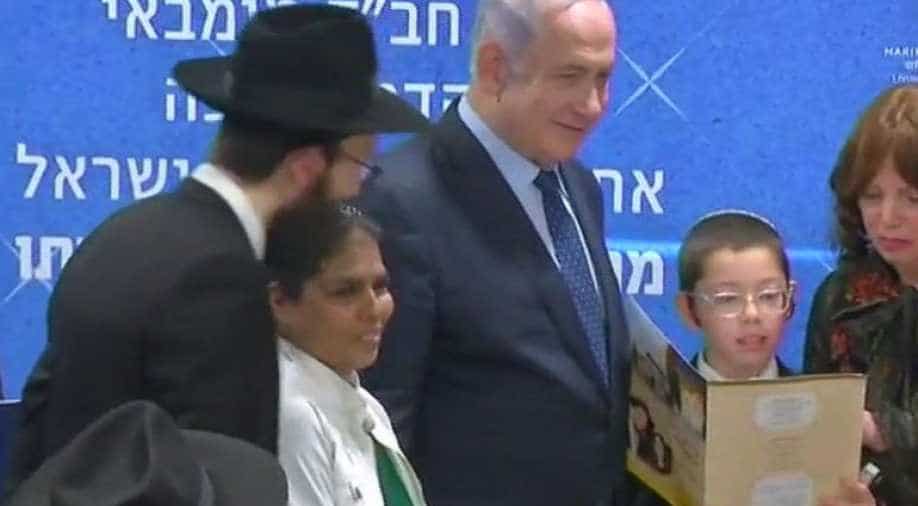 The Chabad House is a unique blend of love and hatred towards the people of Israel, the country's Prime Minister, Benjamin Netanyahu, said today.

He was addressing people at the Chabad House, or the Nariman House, after meeting 11-year-old Moshe Holtzberg whose father Rabbi Gavriel Holtzberg and mother Rivka were killed along with six others there during the 26/11 terror attacks.

Moshe, then a toddler of two years, was miraculously saved by his Indian nanny Sandra Samuel, who now lives in Israel.

The Jewish couple ran a cultural outreach centre of the Chabad-Lubavitch movement at the five-storey building in south Mumbai's Colaba.

Moshe, who now lives in Israel with his grandparents, came to Mumbai on Tuesday, returning to the place where he was orphaned nine years ago.

"This place is a unique merge between love for Israeli people and the hatred towards the people of Israel. The nation of Israel is known for salvation," Netanyahu told the gathering in Hebrew.

The Israeli prime minister thanked Moshe for hosting him and showing him his room in the Chabad House.

"Your parents showed love to the people and welcomed all to this house. They provided for every Jew a home. This is loving Israel but terrorists showed hatred towards Israel," he said.

Netanyahu said the terrorists could not harm Moshe because of the love shown by his nanny.

"In the past, the Jewish people have witnessed a lot of challenges but with the help of God they overcame everything. The people of Israel are living and will live forever," he said.