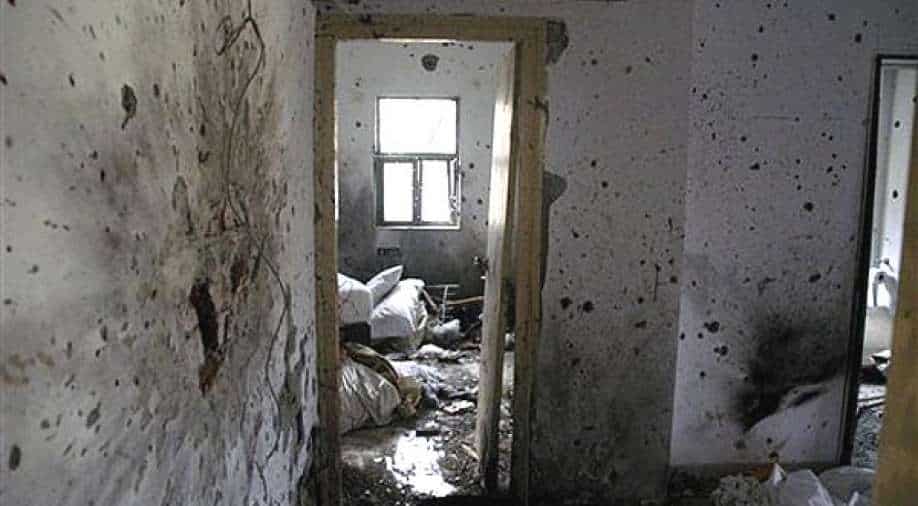 Devastation in Mumbai due to attacks in 2008 Photograph:( PTI )

Rav Hecht and First Secretary at the Embassy of India in Israel Rohit Mishra unveiled the plaque mounted on a wall inside the synagogue, demanding that the perpetrators of the carnage be brought to justice.

Jewish outreach movement Chabad has unveiled a plaque at its synagogue in Israel's southern coastal city of Eilat in the memory of six Jews killed in the 26/11 Mumbai terror attacks.

Rav Hecht and First Secretary at the Embassy of India in Israel Rohit Mishra unveiled the plaque mounted on a wall inside the synagogue, demanding that the perpetrators of the carnage be brought to justice.

Engraved on a hard plastic plate, the message was personally drafted by Rav Hecht.

The Mumbai Chabad House at Nariman Point was one of the targets of the attacks. Ten terrorists of Pakistan-based Lashkar-e-Taiba carried out 12 coordinated shooting and bombing attacks lasting four days across Mumbai.

"To the memory and rise of souls of Rabbi Gavriel Noah and Rivka Holtsberg, who were martyred during the time of their holy mission in a terror attack at Chabad House in Mumbai, India, from which the message of Torah was being spread all over the area. And for the four guests who stayed in Chabad House at the time of the attack, and were also martyred: Rabi Gavriel Taitelbaum, Mrs. Norma Rabinovich, Rabi Ben Zion Kurman, Mrs, Yocheved Orpaz. May their souls be bound up in the bond of eternal life," read the 3A paper size plaque that was unveiled on Thursday.

The Chabad Movement and Jews of Indian origin in Eilat have also requested Mayor Meir Itzhak Ha Levi to set up a 26/11 memorial square in the city on the lines of the one dedicated to the victims of the 9/11 attack.

The mayor has reacted favourably to the proposal, extending all help and support, representatives of the Sitar Organisation for Indian Immigrants in Eilat said.

The Sitar Organisation also put up a plaque in the memory of the six Jewish victims of 26/11 at its club on Thursday. The plaque was unveiled at a sombre ceremony which was also attended by Deputy Mayor of Eilat Stas Dinkin.

Ceremonies to pay respects to the victims of the 26/11 attacks were also held in the southern Israeli city of Beersheva on Thursday. Indians and Israelis lit candles in the memory of the innocent victims.

At a separate ceremony held at Beersheva Cricket Club that was mostly attended by Jews of Indian origin and Rabbi Meir Simcha of the Chabad Movement, the attendees condemned Pakistan and called for India and Israel to stand together in the fight against terror.

The Indian Heritage Jewish Centre headed by Avner Isaac also organised a Zoom meeting on Thursday evening to commemorate the 12th anniversary of the attacks. Hundreds of people from all over the world took part in the virtual event.