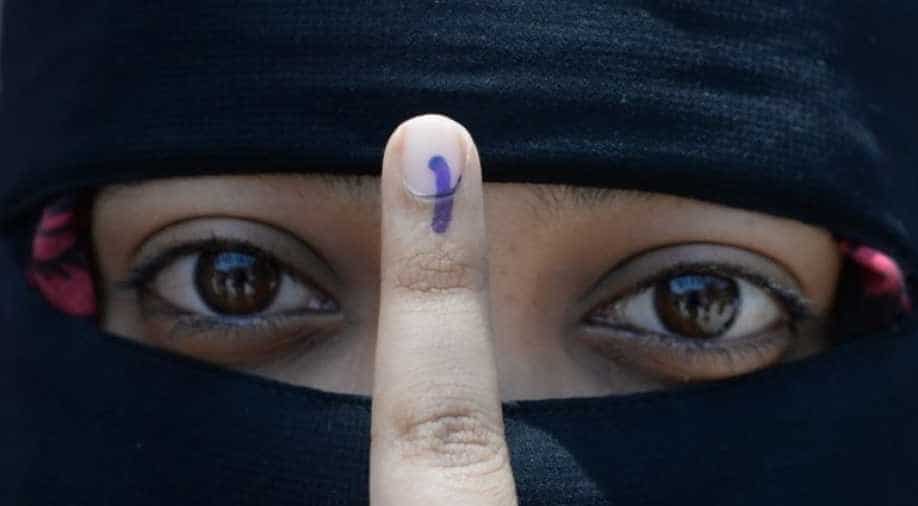 A first-time voter shows her inked finger after casting her vote for the 2019 Lok Sabha elections.  Photograph:( IANS )

There were reports of clashes, intimidation and booth capturing in isolated areas in West Bengal.

As many as 12.7 crore electors were eligible to cast their vote in the fourth phase of Lok Sabha polls on Monday. As many as 72 constituencies across 9 states were up for polls.

According to the official Election Commission figures, the overall voter turnout till 7 pm stood at around 62 per cent. The state to bag the top slot with respect to the highest voter turnout was West Bengal at 76.59 per cent.

Spurts of violence marred the state during the fourth phase as well, similar to the previous phases. There were reports of clashes, intimidation and booth capturing in isolated areas in the state.

Rajasthan saw scores of people lining up outside polling stations despite the blazing heat. The polling percentage here till 7pm was recorded at 66.53 per cent.

Long queues were seen in some areas of Mumbai like Powai and Chanidwali. Many Bollywood stars and celebrities, including Shah Rukh Khan, cricketer Sachin Tendulkar and industrialist Mukesh Ambani, were spotted outside polling stations, along with their families after casting their vote.

Jammu and Kashmir recorded the lowest turnout till 7pm at 9.79 per cent.

As per the election schedule, five seats in Bihar, one in Jammu and Kashmir, three in Jharkhand, six in Madhya Pradesh and Odisha each, 17 in Maharashtra, 13 in Rajasthan and Uttar Pradesh each, and eight in West Bengal went to polls during the fourth phase of polling.