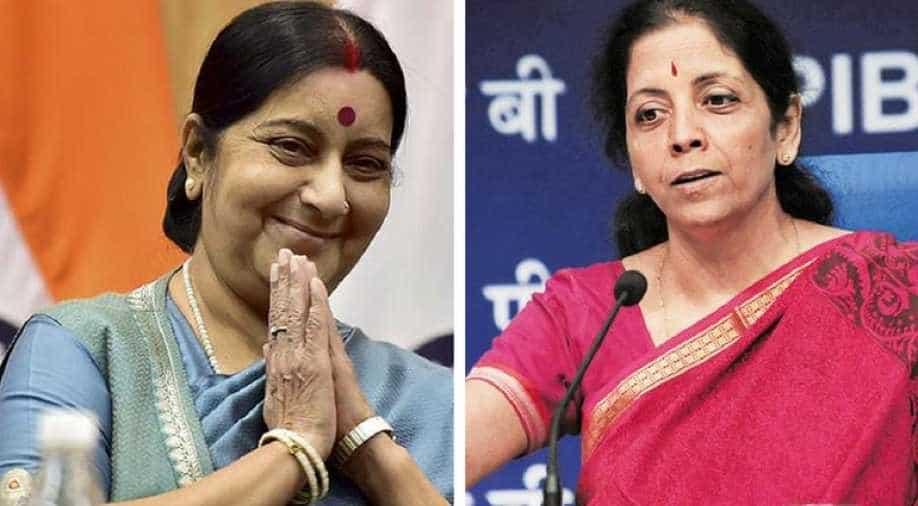 India has been lucky to have two of the most powerful women in its cabinet.

The&nbsptwo women are India's foreign minister Sushma Swaraj and defence minister Nirmala Sitharaman who are currently in China to lay the groundwork before the crucial meeting between PM Modi and President Xi Jinping on April 27-28.

The two cabinet-level ministers are game-changers in their own way.&nbspSwaraj has been serving as the Indian's minister of external affairs&nbspminister under PM&nbspModi since May 2014. Swaraj has embraced the new age being active on social networking sites&nbspTwitter and Facebook. She is the beacon of hope for Indians who find themselves stranded abroad due in&nbspvarious countries.

Sitharaman was appointed as India’s Defence Minister in 2017 in place of Manohar&nbspParrikar who left the job to become the chief minister of Goa. India's defence&nbspminister is among a&nbspselect list of countries whose defence minister is a woman.

As the defence minister, Sitharaman, who held&nbspthe Commerce portfolio as a Minister of State, is a member of the crucial Cabinet Committee on Security(CCS) whose members include the Prime Minister, Home Minister, External Affairs Minister and the Finance Minister. She wields control over one of the world's largest armies in&nbspthe world with a disarming diplomacy and quiet grit.

The two women are in Beijing to attend the foreign and defence ministers' meet organised by the Shanghai Cooperation Organisation(SCO). Member countries in the SCO&nbspinclude China, India, Russia, &nbspKazakhstan, Uzbekistan, Tajikistan, Kyrgyzstan, and Pakistan.

Nirmala Sitharaman, who arrived in Beijing last night, attended the defence ministers' meeting this morning, while Sushma Swaraj took part in the foreign ministers' meet. Both meetings were being held as part of the preparations for the SCO summit to be held in the Chinese city of Qingdao in June, which PM Modi is also likely to attend.