I guess I erred: Chetan Bhagat apologises after being outed for harassing woman 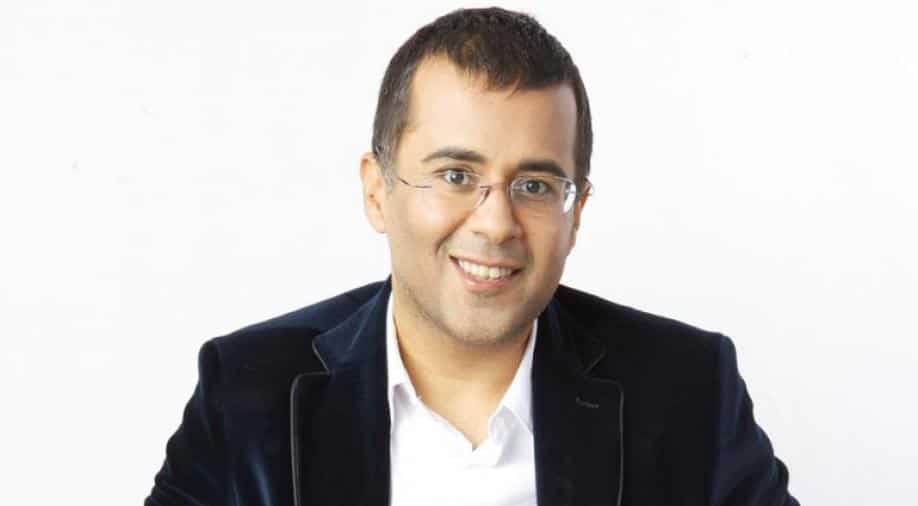 'I should have had better judgement, but I guess I erred a bit there. Maybe I misread the friendliness,' Bhagat wrote on Facebook.

The author Chetan Bhagat has apologised publicly — he did so on Facebook — after being outed yesterday by an unnamed woman for having harassed her.

The woman had on Saturday shared screenshots of a WhatsApp conversation with Bhagat.

In the WhatsApp conversation, Bhagat tell the woman that she is "sweet and cute and funny" and he has "decided to woo" her.

Bhagat adds that "after a long time someone engaged me and could keep up with my pace of thought".

The woman constantly tells Bhagat that she hopes he is "kidding", and reminds him that he is married.

It is unclear whether the woman was working for or with Bhagat in any capacity — which was the case in most of the other cases of harassment that came to light on Saturday — or whether they were just acquaintances.

Bhagat responded on Facebook on Saturday itself, saying that he had taken some time to do so because he had seen the WhatsApp messages late and had been talking to his wife Anusha after having had seen them.

"I am telling you all whatever I told her, which to my recollection is the truth," Bhagat wrote.

"But first of all, I am really sorry to person concerned. The screenshots, are of course real, and I am sorry if you felt they were wrong I hope you will accept my apology."

As I also say in the screenshots, I realized I was married and this was not about looking for any action. I just had not felt that kind of connection in a while. Maybe I was going through a phase, maybe these things just happen, or maybe I felt the person felt the same too based on our conversations (which I don’t need to repeat here)."

Bhagat then went on to say that "I guess I erred a bit there. Maybe I misread the friendliness."

"However, it was stupid of me, to feel that way and to even share that with her. I just told Anusha about it as well, and apologized to her for doing the same. I should have had better judgement, but I guess I erred a bit there. Maybe I misread the friendliness."

He finally added that "for everyone’s information, am running this response past Anusha first, to ensure she is okay with it."