If arrested, will only get treatment in government hospital: Read full text of Mehul Choksi's letter to CBI 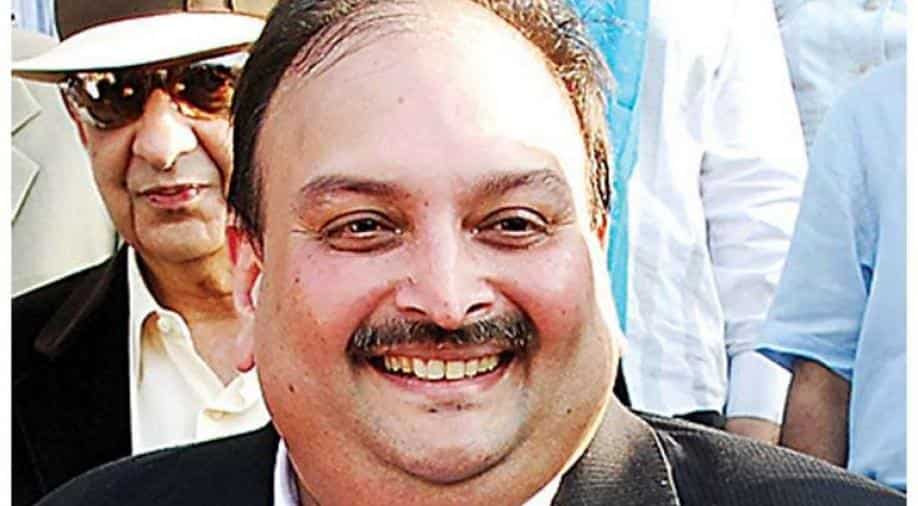 Fugitive diamantaire Mehul Choksi has refused to appear in front of the CBI.

He wrote them a letter, blaming health problems for his inability to travel.

Here is the full text of his letter to the investigating agency.

Dear Sir,
Please refer to the notice in the captioned FIR, sent by you seeking my appearance before your good office on 07.03.2018 at 10.30 AM which has been received by me on my E-mail as I am travelling.

I wish to bring to your kind attention that your good self and your office is well aware that my passport has been suspended as the same was communicated to you vide my previous reply also.

As you have, in your letter dated 28.02.2018, have stated that ‘it is not clear whether you have responded to the Notice of the Passport Authorities to their satisfaction for getting the suspension revoked.’, I bring to your notice that on 16.02.2018, I received an email from the Passport Office which stated that my Passport has been suspended due to the reason ‘Security Threat to India’. On 28.02.2018, I sent an e-mail to the Regional Passport Office, Mumbai, requesting them to revoke the suspension of my Passport, however, I have not received any reply from the Regional Passport Office.

I want to assure your good office and good self that I am in no manner dictating the terms of my appearance. However, as my Passport stands suspended by the Regional Passport Office under Section 10(3)(c) of the Passport Act, it is impossible for me to travel back to India. I further wish to point out that the Regional Passport Office Mumbai has not given me any explanation as to why my Passport has been suspended and as to how I am a Security Threat to India. This goes to show that my Passport has been suspended in a manner which violates my Constitutional Rights.

In my last communication to your good self, I had expressed my apprehension and concern for my family’s and my safety. I further wish to bring to your attention that I am being threatened by individuals with whom I have a business relationship. As there has been a complete and sudden closure of business, my employees, customers, creditors etc have started to show their animosity towards me.

I am concerned about my health and well-being. In case I am arrested, then I would not be able to get proper health care and would be provided treatment only in a government hospital. I would be further denied treatment in a private hospital. Even though right to receive proper medical treatment is provided in the Constitution of India, however, in practicality a person accused of an offence who is behind prison is denied a doctor of his own choice.

Furthermore, the various Political Parties in India have been politicizing the issue with a view to glorify their own interests. The entire reports being published in newspapers, various statements made by members of various political parties and the trial by media has therefore left me remediless and therefore a bias has been caused against me.

The different media reports portray as if I have already been convicted by the Hon’ble Courts of India. They have caused great prejudice to my fundamental rights enshrined by the Constitution of India. Right to life and right to fair trail are quintessential fundamental rights guaranteed by the Constitution. The various news reports and publications against me violate those rights. I have got a sense from the different reports and publication that there is great unfairness which is prevalent against me and I would not get a fair treatment and a fair trial. There is presumption of innocence in favour of every person until he is proved guilty. This fundamental principle has been ignored by the media which is evident from their various reports.

The media is conducting a trial by itself and is blowing each and every issue out of proportion and is exaggerating allegations and this has left me completely defenseless, especially as my Passport has been suspended, without due process.

Multiple investigating agencies are after my life and the Central Bureau of Investigation has seized my office servers and I have no record of my business dealings. I am further being deprived of my basic right to communicate and the seizure of my servers have effectively denied me my fundamental right to defend myself against the allegations that have been leveled against me. I wish to bring to your notice and attention that I have been rendered defenseless. All the documents that were lying in my offices have been seized by the Investigating Agencies. I have also not been supplied with any copies of those documents.

My properties, both moveable and immovable, have been seized and/or attached by multiple investigating agencies. The investigating agencies have sealed my existing showrooms and have further seized the stock which was lying in the showrooms and have termed the same as “proceeds of crime”. Despite these seizures, CBI has not placed on judicial record the Seizure Memo as per the provisions of the Code of Criminal Procedure.

The Investigating Agencies cannot in any way infringe the fundamental right to silence as enshrined under the Indian Constitution. It is well settled that an investigating agency cannot adopt measures to get information by unfair means and cannot force a person to accede to their requests in giving them the desired answers.

There has been a gross abuse of process of law by the Investigating Agencies. The seizure of my movable/immovable properties, bank accounts and shutting down of all my offices in India has caused prejudice against me. It is in the interest of justice that I be granted an opportunity to have a free and fair trial, however, the investigating agencies are acting with a pre-determined mind which is hampering the process of law and interfering with the course of justice.

I have been called a ‘fugitive’ many a times and I would like to inform your good offices that I had travelled abroad for my business, prior to the registration of the captioned FIR and this is no manner can mean that my travel abroad was a direct result of the registration of the captioned FIR. Further, the searches conducted by the Enforcement Directorate are contrary to the provisions of the Prevention of Money Laundering Act and the Code of Criminal Procedure.

The unfairness of the investigation is apparent as my family members have been roped in without any justification and the moreover the allegations leveled against Mr. Nirav Modi are different.

The unfair manner in which the investigation is being carried out is evident from the fact that you good self had directed me to approach the Embassy for a temporary travel document, knowing fully well that under no provision of law, a direction can be issued to me to go to an Embassy.

I am suffering from extreme mental agony due to the above aspects raised. The notice has been issued directing me to appear on 07.03.2018 at 10:30 AM without even considering the above mentioned factors.

I am also not in a position to travel due to my persisting health problem. I had a cardiac procedure which was conducted in the first week of February 2018 and there is still pending work to be done on the same. The entire procedure could not be completed on all veins due to danger to kidney and therefore I am not allowed to travel for at least a period of four to six months.

I reiterate that I am continuing to work outside India and considering the difficulties my business has faced due to the unfairness of the investigating agencies, it is requested to your good self to communicate with me on mail ... (email deleted) or my Advocate ... (name and number of advocate deleted) in respect of any issues which you consider is needed to be addressed to me concerning the investigation.