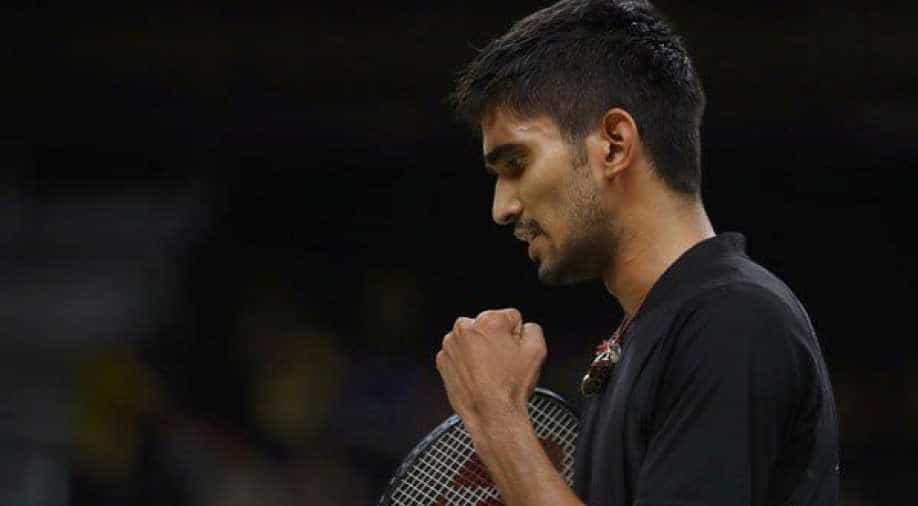 Having already completed a hat-trick of Super Series titles, Srikanth won his fourth title of the season. Srikanth seeded eight in the tournament, took just 34 minutes to get the better of his Japanese opponent 21-14, 21-13 in the summit clash.

Going by Srikanth's current form, it was expected to be a one-sided summit clash and it turned out to be one, except for the first few points of the opening game which was a neck- and-neck fight between the two shuttlers.

It was Nishimoto, who started brightly to race to a 9-5 lead before Srikanth fought back to draw level at 9-9. From there on it was no looking back as the Indian used his court coverage and superior technique to take a 14-10 lead.

Nishimoto did manage to take some points to reduce the margin to 15-14 before Srikanth used his experience at the highest level to pocket six straight points and win the first game. Srikanth continued his good form in the second game and won five straight points to take a commanding 10-2 lead.

Nishimoto tried his best to force a comeback and managed to reduce the margin to 13-8 but the Indian showed his class and superiority in crunch situations to keep his lead intact and win the game 21-13 and claim his second consecutive title in as many weeks.