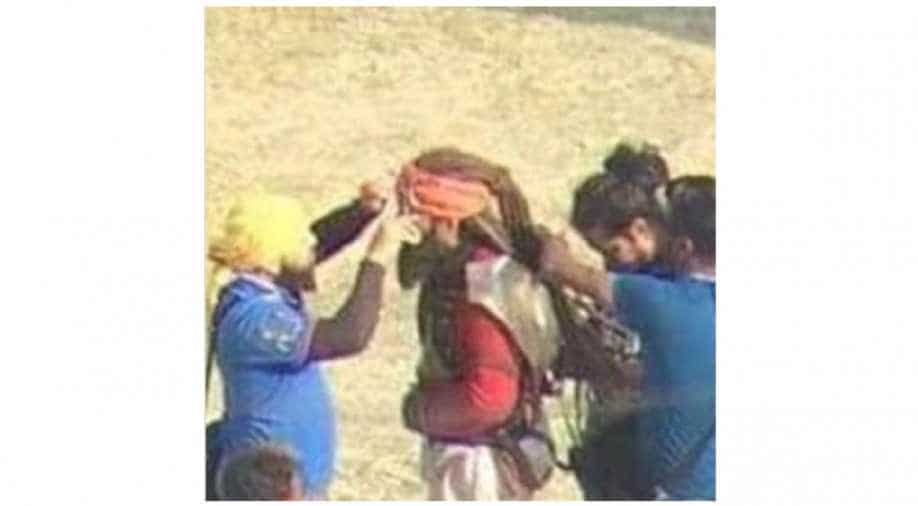 Saif Ali Khan is currently shooting for Navdeep Singh's upcoming film in Rajasthan and he looks completely unrecognisable in first photos shared of his character.

Sporting long hair tied with an orange bandana and beard, Saif was spotted wearing a red shirt paired with a white coloured dhoti and pointed boots on the set.

As reported in leading daily, "Saif has been shooting in a village called Desuri in Rajasthan (that is two hours away from Udaipur) for the yet-untitled Navdeep Singh film, which also stars R Madhavan and Sonakshi Sinha in key roles. As he is stationed in Udaipur, Bebo decided to pay him a visit with Taimur in tow. They will zoom off to different places as they love to travel."

In another update, Saif will also be seen in a Netflix original web series titled Sacred Games along with actors Nawazuddin Siddiqui and Radhika Apte in pivotal roles. It is being helmed by Vikramaditya Motwane. The first look of the series was released recently, in which, Saif Ali Khan can be seen donning a Sardar cop look with his face covered in blood while he is seen holding a gun. The talented actor plays the role of Sartaj Singh.