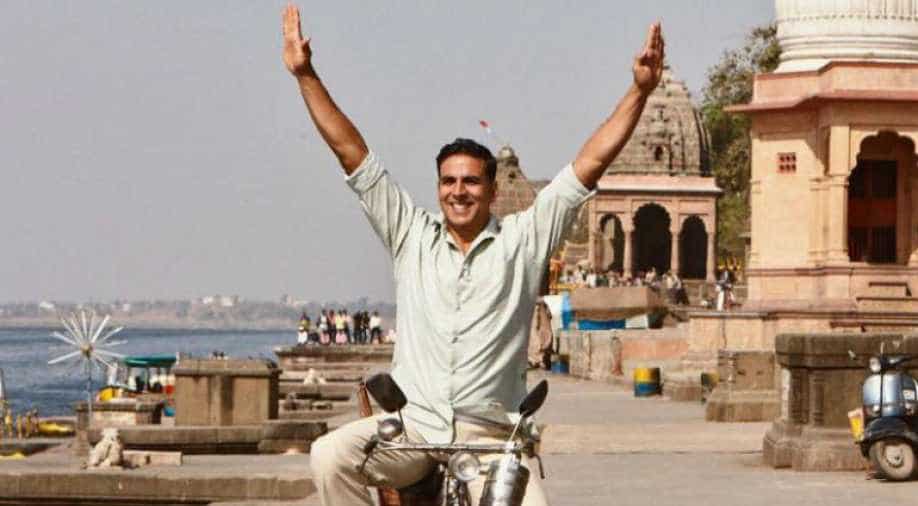 'Padman' is a biopic based on the life of Arunachalam Muruganantham, who makes cheap and affordable sanitary pads for the women of his village and fights for menstrual hygiene. Photograph:( Twitter )

Not one to shy off from making movies that deal with social issues, Akshay Kumar is back with a story about a man who made low-cost sanitary pads for women of his village in rural India.

Talking about his upcoming movie "PadMan", lead actor Akshay Kumar feels that these menstrual hygiene pads must be made free for women and not just tax-free.

While promoting the movie in Pune, the 50-year-old-actor said, "Women are going for tax-free sanitary, but I say it should be completely free. Cut the five percent money from defence, make one bomb less and give it to women to get the sanitary napkin."

He added, “I learnt about menstruation only when I was 19-20. I never held a pad in my hand. Nobody in my family asked me to buy sanitary napkin and it’s only in the last two years that I came to know about it in great detail. I have now learnt that menstruating women are considered ritually impure and polluted, and they are often isolated as untouchables. That they can’t touch pickles, enter kitchen, or go to temples, wash their hair. Then, too many girls end up dropping out of school because they don’t have supplies to manage their periods."

Akshay wants to change this and start a dialogue around menstrual hygiene.

His movie, "PadMan", is a biopic based on the life of Arunachalam Muruganantham, who makes cheap and affordable sanitary pads for the women of his village and fights for menstrual hygiene.

The movie is slated for a release on January 25 and will clash with Sanjay Leela Bhansali's period drama "Padmaavat" starring Deepika Padukone, Ranveer Singh and Shahid Kapoor.