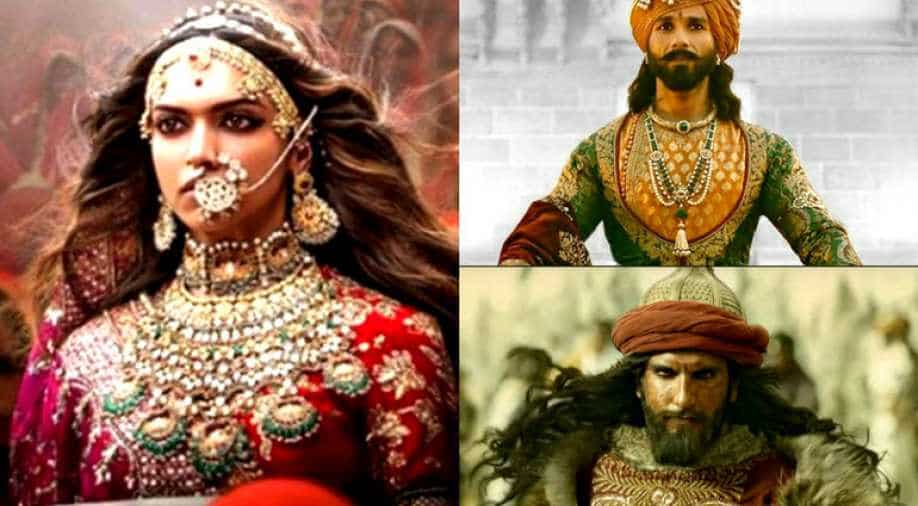 Padmaavat enjoyed a free run in its second week with no other major Bollywood film releasing. Photograph:( WION )

Sanjay Leela Bhansali's Padmaavat finally opened today amid tight security and palpable tension but audiences streamed into theatres across the country to watch the film that has the nation agog.

Initial reports suggested good business for the film, which has been the focal point of protests by various Rajput groups, which allege that it distorts their history and defames their queen Padmavati.

While the occupancy in Delhi was around 60 to 70 percent for the first show at 9 am, in Mumbai it was lower at 40-45 percent.

Also see: Padmaavat to release in Pakistan without cuts

Shows later in the day, including late night, were almost packed. Given that it's a long weekend, trade analysts were hopeful that business would be good.

"The response has been positive so far. We are hopeful it will increase during the day and in the evening," Mumbai-based Nitin Datar, a member of the Cinema Owners and Exhibitors Association of India, told PTI.

Many of those who watched the film condemned the violence of the last few weeks, particularly the stoning of a school bus in Gurgaon yesterday, and said the film has nothing objectionable in it.

In some halls, like the Satyam cineplex in west Delhi, the entire front row was occupied by uniformed security personnel. The hall also had bouncers.

A Rajput viewer, who requested anonymity, made it a point to watch the first show in Mumbai's Cinepolis and said it was an "excellent" effort by Bhansali and actually glorifies their culture.

He also said there was nothing offensive in the movie, or in the Ghoomar song.

"I am a Rajput and it pains me to see why people are behaving the way they are over this film. The violence, the threats, all are unnecessary and sad. We don't and can never support that," he said.

Chunky Mehta, who also watched the film in the same theatre, said it presents the Rajput community in a good light and it is a "shame" that some people are creating an unsafe atmosphere.

"It is a one time watch film. But any sensible person watching the film can say that there is nothing wrong or bad in the film," he added.

Dhruv Singh, who hails from Rajasthan, which has seen several violent protests, referred to the "dream sequence" between Padmavati and Khilji, which several groups had objected to despite Bhansali clarifying that there was no such scene.

"There was not a single dream sequence in the film so I don't know what the fuss is all about. The attack on children, burning buses is not something we Rajputs endorse. It is shameful what's happening.

"I would request people to not be scared and come out and watch the film. I hope the protests can finally stop," he said.

Delhi audiences seemed to be in agreement. "The movie is quite surreal. It has been shot beautifully. There is no dream sequence in the movie nor is there any scene featuring Ranveer and Deepika. The protests are wrong," Varun, a professional workng in MNC, said outside PVR Plaza.

A young couple was also in the audience at the early morning show and had booked their tickets in advance.

"After watching the film we felt all this violence and protests are irrelevant. There is nothing offensive about the film," said the man, who asked not to be named.

"The way Bhansali has created Padmavati is beautiful. The female characters are really strong. I really liked Deepika in the film," she said.

Banker Vineet, who was queuing up to go in, said he was not scared and would not miss the film just because of the unrest created by groups like the Karni Sena. "I believe in the Constitution and I am not scared to watch this movie. I trust our police. After I see the film, I will also ask my friends to watch it as soon as possible," he said.