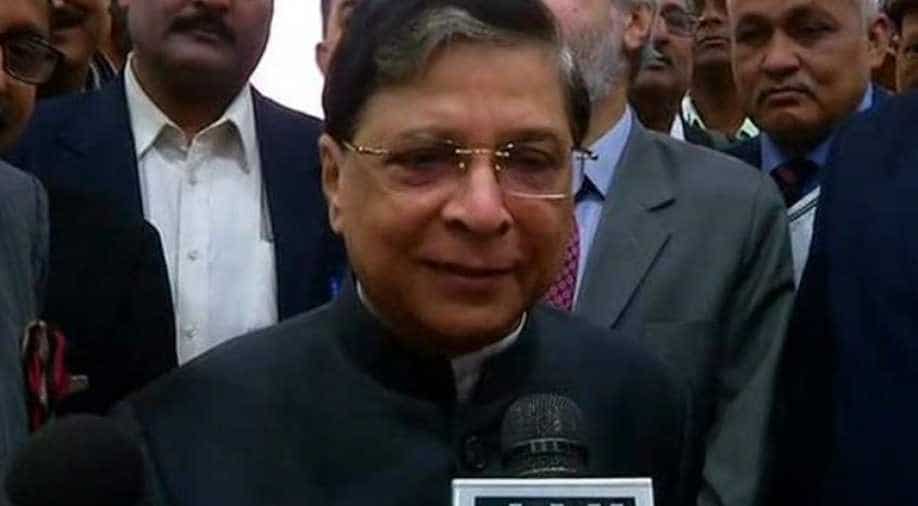 Chief Justice of India Dipak Misra has formed a five-judge constitution bench under him to hear several major cases, which doesn't include the four judges who went public with their grievances against him.

Chief Justice of India Dipak Misra has formed a five-judge constitution bench under him to hear several major cases, which doesn't include the four judges who went public with their grievances against him last week.

The news comes even as the Bar Council of India and the Attorney General had said yesterday that the crisis in the Supreme Court was over.

Attorney General KK Venugopal had said there was an informal meeting on Monday morning between Chief Justice of India Dipak Misra and the four Supreme Court judges.

"All disputes settled, things are normal (now),” Venugopal had said.

The Bar Council of India had said that the crisis has been resolved internally and the "story is over now".

BCI Chairman Manan Kumar Mishra, who led a seven-member delegation and held hectic discussions with 15 judges including the CJI yesterday, said the controversial issues flagged by the four revolting judges were "internal issues of the family" which have been resolved internally.

"We met around 15 judges yesterday and all of them said that BCI has done a very good job and this mediation was required. They have now resolved the issue."

"BCI has been successful in its effort. No outside interference was required in the matter and even we will not impose any condition on them and they themselves would solve their differences over a cup of tea," he added.

On January 12, the four judges - Justice J Chelameswar, Ranjan Gogoi, Madan B Lokur and Kurian Joseph - had held an unprecedented press conference and raised several concerns including the assignment of cases by the Chief Justice.

They had criticised the distribution of cases by the chief justice to judges and raised concerns about judicial appointments. They said all top judges should be involved in setting the procedures used to hire and promote judges in all the country's courts.