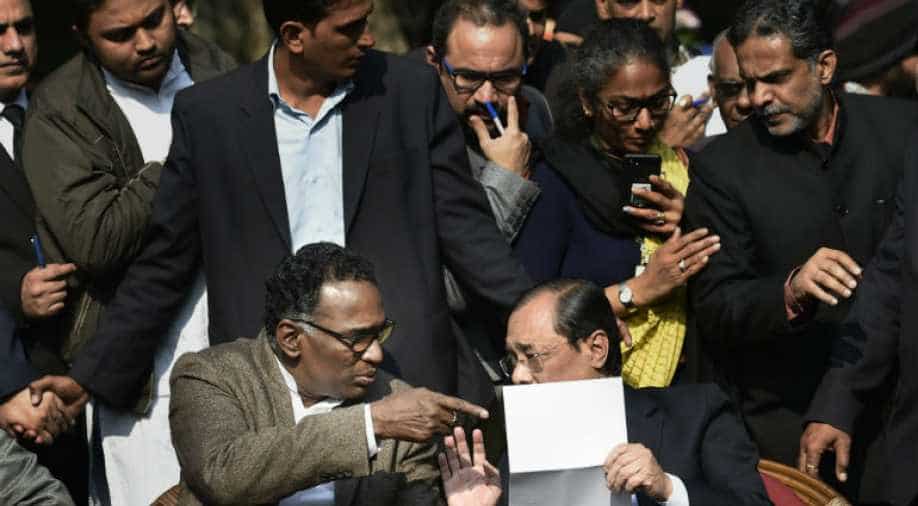 Justices J Chelameswar along with justice Ranjan Gogoi during a press conference in New Delhi on Friday. Photograph:( PTI )

The crisis in Supreme Court is over. Attorney General K K Venugopal has said there was an informal meeting this morning between Chief Justice of India Dipak Misra and four Supreme Court judges who took on him publicly where the disputes were resolved.

"All disputes settled, things are normal (now),” Venugopal said. The Attorney General termed these developments as "a storm in a tea cup".

He has also confirmed that the courts are functioning normally.

Also read: 'Met Chief Justice in congenial atmosphere, everything will be sorted out,' says Bar Council

They alleged that sensitive and important cases were being assigned to "select benches" headed by junior judges in the last few months. That charge was intended to directly target Chief Justice Misra.