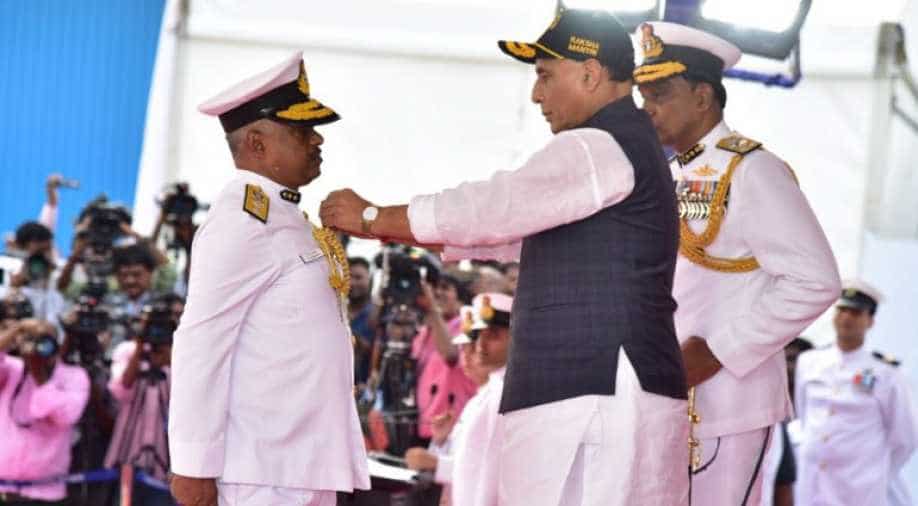 The Presidents Tatrakshak Medals (PTM) and Tatrakshak Medals (TM) are awarded in recognition of selfless devotion to duty, exemplary courage and acts of valor under extreme conditions. The Defence Minister inspected Ceremonial Guard prior awarding the medals. A total of 61 awards which included 01 PTM (Gallantry), 08 PTM (Distinguished Service), 32 TM (Gallantry) and 20 TM (Meritorious Service) were conferred.

Speaking at the event, the Defence Minister said, “Our country is on the path to fast-paced development and unhindered maritime activity is central to the overall growth trajectory of our nation. This calls for a 24*7 vigil, coordination and proactive approach from all agencies in the maritime domain. The Coast Guard has been at the forefront in evolving regional co-operation and is working with international maritime agencies for testing peace in the Indian Ocean.”

Referring to the dastardly 26/11 Mumbai attacks, where the terrorists infiltrated via the sea route, Singh emphasized that land and sea security are interlinked. “A precious life is saved every second day at sea. Our country faces threats from state-funded terrorism and non-state actors.”

“Indian Coast Guard proved its prowess and reach by undertaking major fire-fighting operation on-board Merchant ship Daiela off Colombo, Motor Tanker Genessa off Kandla and Merchant vessel Maersk Honam on the fringes of Indian Search and Rescue Region and carved a niche among International Maritime community. The service created maritime history by seizing 1.5 tons of heroin from merchant ship Henry, causing a setback to anti-nations elements by averting misuse of funds that would have been generated from contraband sale.”

On recent rescue operations by the Coast Guard, the minister said, 4000 lives were saved during the floods in Kerala, Maharashtra and Karnataka as a part of “Operation Sahayata.”

The achievements of the ‘Sentinels of the Sea’ were hailed and the support of the family members of the Coast Guard personnel were also acknowledged.