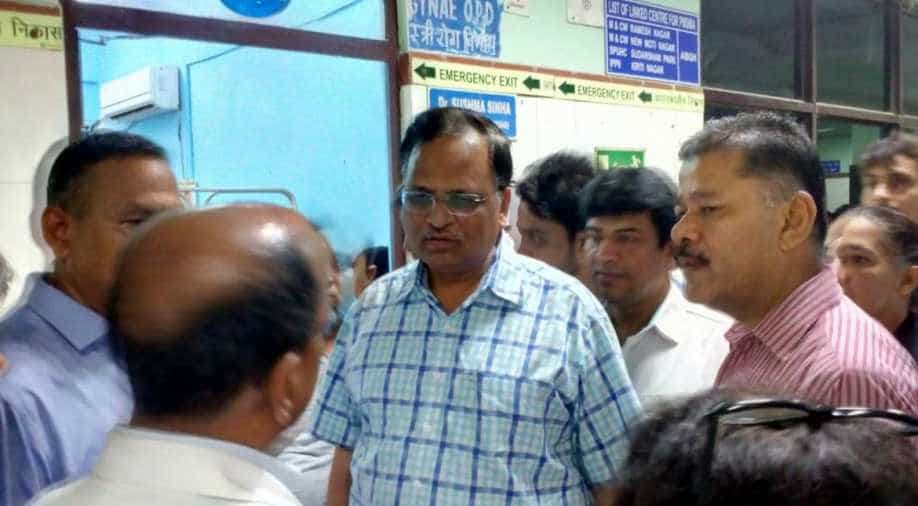 The CBI on Monday chargesheeted Delhi minister Satyendar Jain for allegedly amassing assets to the tune of Rs 1.47 crore, which the agency said was “217.20 per cent” above his known sources of income between 2015-17.

In the chargesheet filed in special CBI court at Patiala House, the agency alleged that “ill-gotten money” was routed to four companies controlled by Jain and his relatives through “accommodation entries” — a term used for hawala transfers — in Kolkata-based shell companies.

It alleged that his wife Poonam Jain was actively involved in the process hence she has been made accused along with Jain’s business associates and relatives — Ajit Prasad Jain, Vaibhav Jain, Sunil Kumar Jain and Ankush Jain.

Jain, the minister for health, home, power, PWD, industries, urban development and flood and irrigation in the Aam Aadmi Party’s Delhi government, was director in all but one — Mangalyatan Projects, the CBI alleged.

Although he resigned from the directorship before Delhi Assembly elections in 2013, family members continued to hold shares in these companies and his shares were transferred to his wife on February 10, 2015 through whom he kept “effective” control over the firms, the agency has alleged.

The CBI has alleged that Jain was assisted in routing this “ill-gotten money through shell companies” by chartered accountant JP Mohta and a hawala operator Rajendra Bansal.

It has claimed that he and Vaibhav Jain sent money to Bansal, who in turn provided accommodation entries in the form of share application money in the said firms from the shell companies between 2010 and 2016 — even after becoming minister in the Aam Aadmi Party government.

Reacting to the development, Delhi Chief Minister Arvind Kejriwal said on Twitter that Jain is being charged because of his scheme to convert unauthorised colonies into regular ones as Prime Minister Narenda Modi is fearful of that.

He said people will give a reply to Modi.