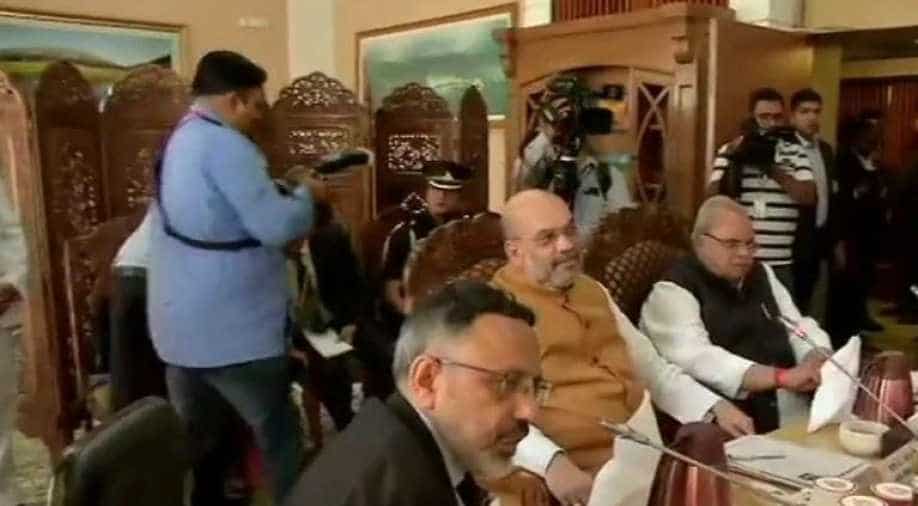 It is expected that a delimitation commission would be appointed soon.

Amit Shah seems to have hit the ground running in the very first week of taking over as India’s Home Minister. He has held a slew of review meetings, mostly on internal security and the situation in Jammu and Kashmir.

In the latest review meeting on Jammu and Kashmir on Tuesday - his second in as many days - Shah reportedly discussed redrawing the long pending delimitation of constituencies in the state. However, there has been no confirmation from the Ministry of Home Affairs on whether the delimitation matter was discussed at the meeting today.

As of now, four MLAs are elected from the Ladakh region, 46 MLAs come from Kashmir and 37 from the Jammu region.

Traditionally, the position of deputy chief minister has always been accorded a Hindu from the state no matter which government came in power.

In December 2016, a Cabinet sub-committee on implementation of agenda of the alliance of PDP-BJP had referred the said issue of working out the modalities for delimitation to a high-level of the bureaucratic panel but it could not fructify. At the crux of delimitation is redrawing the scope and size of Assembly constituencies and determine the number of seats to be reserved for Scheduled Castes.

The last time delimitation took place in Kashmir was in 1995 by a commission headed by Justice (retired) KK Gupta.

The Constitution of India provides for delimitation to be carried out every 10 years. Going by this logic, the next delimitation would have taken place in 2005 but in 2002 Farooq Abdullah chose to freeze delimitation exercise in the state until 2026 by amending the Jammu and Kashmir Representation Act and Section 47(3) of the state’s constitution. It put the contentious matter in abeyance.

This is where the Governor comes in. He is competent to amend Section 47 of the J&K constitution because, during the President’s Rule, the legislative authority is vested in the Governor. During the last delimitation exercise, the state was divided into 87 Assembly constituencies.