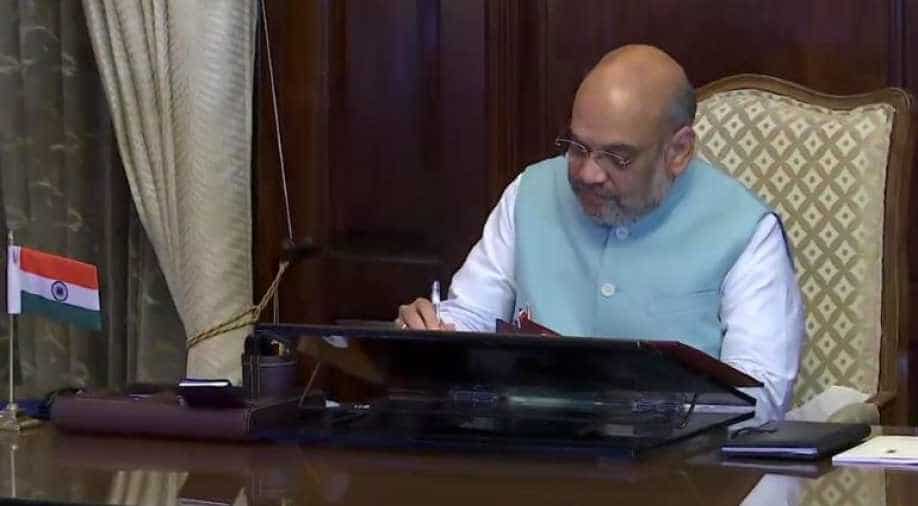 Amit Shah is also holding a meeting with the officials to familiarise with the issues concerning the ministry, an official said.

Shah was received at the North Block office of the home ministry by Union Home Secretary Rajiv Gauba and other senior officials.

The home minister is also holding a meeting with the officials to familiarise with the issues concerning the ministry, an official said.

BJP president Amit Shah, who took oath as a minister on Thursday, has been made the new Home Minister of the country. The portfolio was earlier handled by Rajnath Singh, who has been moved to Defence.

Shah won the Lok Sabha polls from Gandhinagar in Gujarat defeating Congress's J Chavda by a record margin of more than five lakh votes. He is the most notable inclusion in the government and will serve at the Centre for the first time as a minister.

As Prime Minister Narendra Modi's right-hand man and long-time strategist, Shah would be in a powerful position as the country's home minister. He masterminded the BJP's landslide victory in the April-May general election in which the party won 303 of the 542 seats and is able to make the government on its own.

Shah has worked as Minister of State for Home Affairs in Gujarat when Modi was the chief minister of the state.