Narendra Modi takes oath as PM for second term, joined by Rajnath, Shah, others in Cabinet 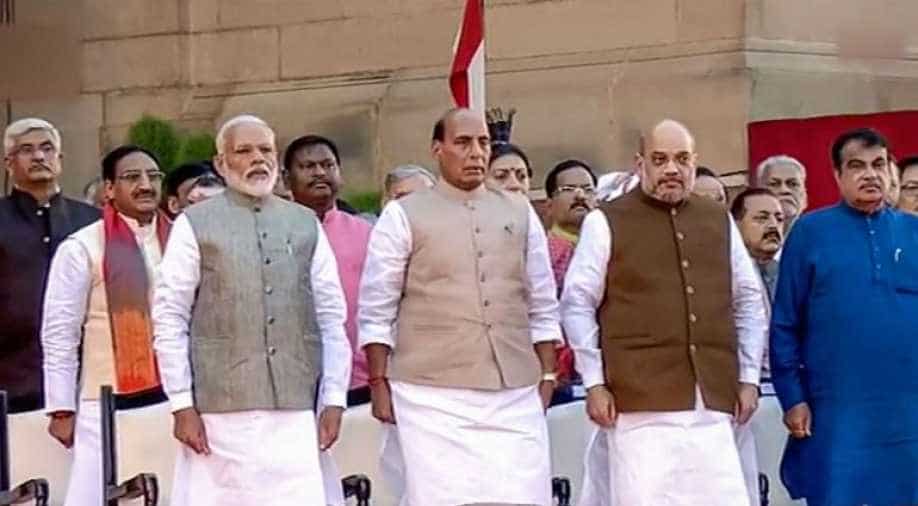 The swearing-in ceremony was organised in the forecourt of the Rashtrapati Bhavan in New Delhi with approximately 8000 people in attendance.

Narendra Modi took oath as the Prime Minister of India for the second time on Thursday. This comes a week after the BJP's massive win in the Lok Sabha elections - the party won 303 of the 542 seats which went to polls and its NDA allies took the tally to 354.

Modi, 68, was administered the oath of office and secrecy by President Ram Nath Kovind at a glittering ceremony at the forecourt of majestic Rashtrapati Bhavan in New Delhi with approximately 8000 people in attendance. Top political leaders like Congress leaders Sonia Gandhi and son Rahul, industry leaders like Mukesh Ambani, Ratan Tata and film fraternity honchos like Karan Johar, Shahid Kapoor and Kangana Raut and a galaxy of leaders from Bay of Bengal Initiative for Multi-Sectoral Technical and Economic Cooperation (BIMSTEC) countries were present at the occasion.

This is fourth time that swearing-in was held in the forecourt of Rashtrapati Bhavan. The last three occasions were - Chandrashekhar in 1990, Atal Bihari Vajpayee in 1998 and Narendra Modi in 2014. 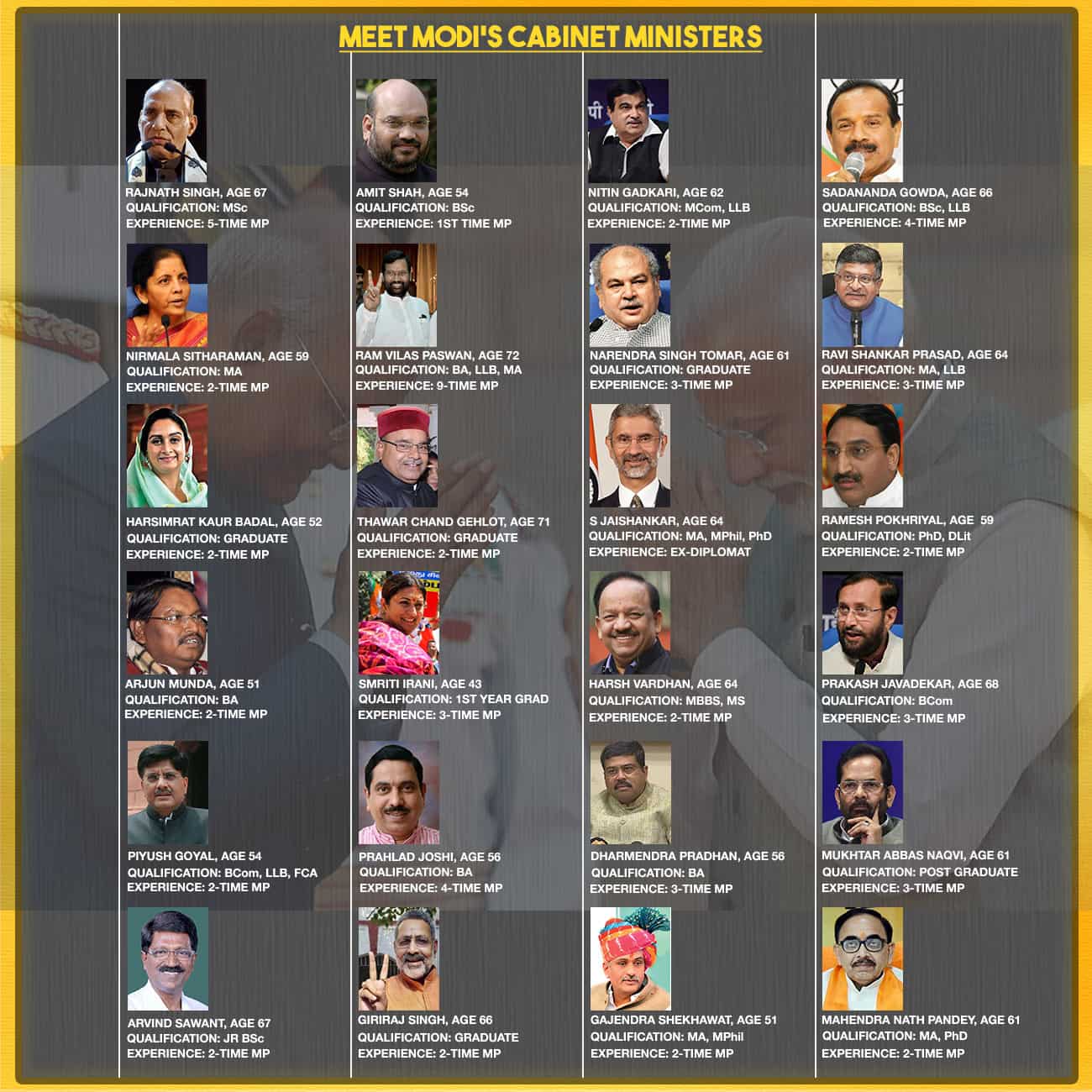 While Modi, Singh, Shah, Gadkari, Paswan took oath of office in Hindi, Gowda and Sitharaman took it in English.

Some of the key ministers in the previous Modi government, including Sushma Swaraj, Rajyavardhan Singh Rathore and Maneka Gandhi were not part of the new dispensation.

The Delhi airport witnessed movements of high security personalities since morning as BIMSTEC leaders and dignitaries from several foreign nations arrived in the national capital for the swearing-in ceremony.